Jemele Hill and Cari Champion are nearing a deal to host an evening talk show on Vice, sources tell Outkick. The show will air 30 minutes weekly.

Discussions for the show’s start date are ongoing. It is likely that it will launch as soon as this summer.

Hill has continued to make waves after leaving ESPN in roles at The Atlantic and Spotify, and recently debuted a podcast on The Wire with The Ringer. Champion left ESPN in January after her contract expired. Hill and Champion are longtime friends dating back to their days as ESPN colleagues.

Vice was previously the home of Desus & Mero; their clips resonated, particularly on social media, and they leveraged the platform to get a deal with Showtime.

Other media stories at Outkick:

Inside the Mind of Jason Whitlock 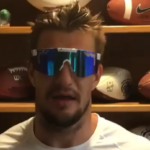