Jay Cutler’s had a rough 2020. It was announced back in April that his wife, Kristin Cavallari, was filing for divorce. Then she dragged him on tabloid sites over a house and whatever else she could come up with to drive the retired NFL quarterback legend crazy. Then Jay finally got control of his Instagram account and we started to see that he was a breakout star with likable characteristics.

Jay’s big moment came this summer when he started a chicken killer Instagram Story that turned him into a star content creator. But Kristin has countered and finally sent Jay to his boiling point and it all went down this week as his reality star ex-wife got cozy with an old flame, Stephen Colletti.

It’s over. Jay went and pulled the plug on Instagram. Deleted it. Why?

A source tells E! News, “In the wake of the photo, Jay was getting a lot of heat on social media. He was over it and deleted his account.” It’s unclear what type of comments were being made to Jay, as his account was wiped from the social media app all together.

He’s fed up. I’ve never been through a divorce, but I know enough friends who have and Jay appears to have hit that point where he’s going to go off the grid, rebuild his life and avoid social media, which is Kristin’s turf. Don’t be shocked to see Jay on a hog one of these days on his way to Sturgis or something like that.

It’s a shame it all had to end like this, but we know Jay was in a lose-lose situation here. Kristin’s superfans weren’t going to let him forget that she ran off and found comfort with Colletti. Happy trails, Jay Cutler. Hope we see you down the road enjoying life.

TUESDAY at the office @uncommonjames 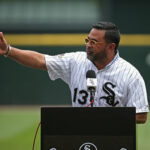 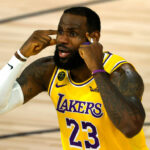