Outkick partner Jason Whitlock appeared on Tucker Carlson Tonight on Fox News this evening. The primary topic of conversation was Jessica Krug, the George Washington University professor who canceled herself after revealing that she was a white woman masquerading as black. 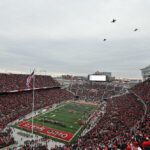