It would seem ESPN’s Katie Nolan is not pleased with Outkick partner and columnist Jason Whitlock.

As part of his column about ESPN’s Maria Taylor Sunday morning on Outkick.com — which you really should read, by the way — Jason dropped the following lines about Ms. Nolan, who hosts a program called “Always Late With Katie Nolan” on ESPN2:

“Beauty, most especially in television, has a privilege that trumps virtually all other privileges,” Whitlock wrote. “Beauty intoxicates TV executives, bloggers and journalists, and it masks a lack of accomplishment, qualifications and skill. Beauty transformed Katie Nolan from bartender to seven-figure personality, Emmy Award-winner and the darling of aroused bloggers and TV critics willing to ignore her pedestrian humor and inability to execute live television.”

Ms. Nolan and her supporters on Twitter were quick to respond:

. . . and on and on in a similar vein. Of course, Jason pulled a reply straight from the Cobra Kai School of Debate when he inquired:

…. which attracted many responses in the affirmative, with a minority pleading for him to walk away.

So what will Big Sexy do? Will he walk? Will he finish it? Stay tuned. 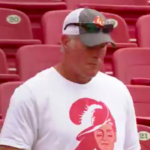 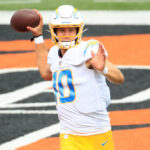