You know how Saturday mornings go in the summer if you’re a dad, you wake up, make breakfast for the kids — breakfast, by the way, is cheerios because your kids don’t trust you to make reliable oatmeal while mom is out on her morning jog — tell the kids they aren’t going to play Fortnite and Minecraft all day — even though you know they probably are –, set up plans to watch “Jurassic Park” the 1990’s version on family movie night, and then pick up your phone and scroll through social media to see what happened overnight.

And then, boom, you see Jason Whitlock has already beaten you to the Twitter streets and has ended a member of the blue checkmark brigade before you even have your morning coffee.

I mean, just look at this exchange with Pro Football Talk’s Mike Florio.

Don’t forget, he’s also never hired a black man either. Florio will take a knee and do every gesture imaginable but he’s not going to hire a black writer. Florio is pro-gesture, not pro-black. https://t.co/4uIsvjx7qm

A long time ago, I started calling out your phony, race-baiting virtue signaling and asked you to back it up with the tangible action of using your power and influence to employ a SINGLE black man. You may not remember that, but I sure do. https://t.co/M7AEKINT9V

Florio talks a big game — no one obsessively defends Colin Kaepernick more than he does on the woke Twitter streets — but after 15 years of running a site he’s still never had a black writer?

Right now sports media is suffused with your standard blue checkmark brigade member who didn’t know Juneteenth ever existed until two weeks ago and is now obsessed with the fact that the president hasn’t mentioned it on Twitter. Guys like Mike Florio. As you can see above, Florio has been on Twitter for over a decade and has never mentioned Juneteenth, but now he’s the most Juneteenthiest dude you’ve ever seen. No one has loved Juneteenth — for the past two weeks — more than Mike Florio. He has a Juneteenth tattoo, guys! You want to see it?! It’s right next to his boxed set DVD collection — unopened — of “Roots.”

Except you know the dude’s a fraud, the kind of all talk, no action loser who has been writing about the nation’s most popular sport for over a decade and has no fan base. Think about how hard that is to do, you WRITE ABOUT SOMETHING THAT PEOPLE LOVE FOR DECADES AND YET NO ONE LIKES YOU.

This describes a huge portion of the blue checkmark brigade — your standard Dan Wolken’s and Mike Florio’s of the world — they’ve spent their entire careers writing about sports, something that normal people seek out for entertainment when they aren’t working, and yet not one person would care if they didn’t have their jobs anymore.

You sell something people love and they don’t like you.

Mike Florio’s radio show got canceled this year and no one even noticed because no one listened to it at all.

For a long time these sports media blue checkmark brigade members have been traipsing around the woke Twitter streets with no accountability at all. They’ve been able to virtue signal to the high heavens and no one called them on their blatant hypocrisies.

Welp, those days are over now, my friends.

Get your popcorn, this is gonna be fun. 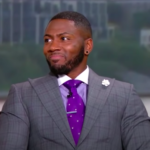 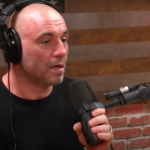