In a move that’s going to fire up the ISIS terrorists and all the other weirdos out there, Japanese schools are banning school girls from wearing their hair in a ponytail, according to a report from VICE.

Motoki Sugiyama, a former middle school teacher, tells the media outlet that school officials claim girls cannot be exposing the “nape of their necks” because the site of bare neck could “sexually excite” the boys.

“They’re worried boys will look at girls, which is similar to the reasoning behind upholding a white-only underwear color rule,” Sugiyama told VICE.

“I’ve always criticized these rules, but because there’s such a lack of criticism and it’s become so normalized, students have no choice but to accept them,” he added.

In 2017, a Japanese Twitter user explained, via Google translation, how this ponytail thing has been a cultural thing for years. Other restrictions on students over the years have included underwear colors, socks, eyebrow shape, and hair color. 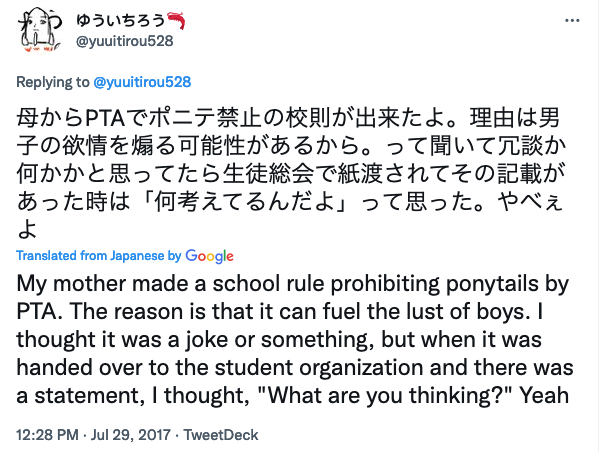 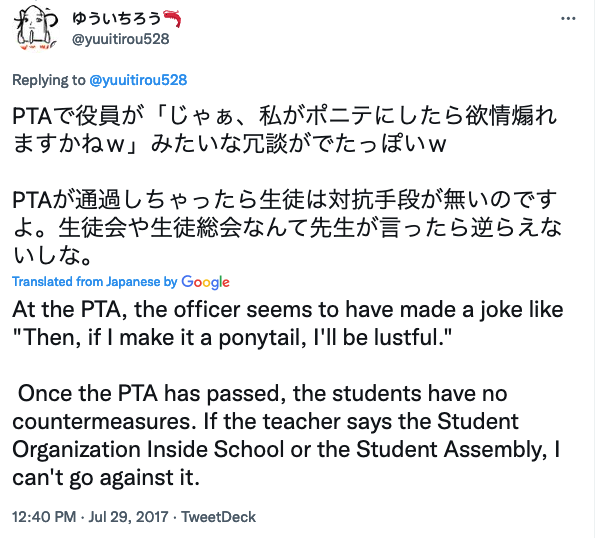 Let’s pump the brakes here for a minute. Who researches this stuff? Are boys given a questionnaire on these things?

Hey boys…coach here…I need you guys to fill out this email questionnaire on things that are sexually exciting you at school. Don’t forget, batting practice is at 4 after school. I need those questionnaires filled out before practice.

Looking back on the middle school years, I was more interested in Griffey Jr. rookie cards and Ickey Woods doing his shuffle. Ponytails? Can’t remember one that stood out.

But, this is Japan where women were banned from wearing eyeglasses at work. Japanese retail stores believed workers wearing glasses gave a “cold impression” to customers and airlines said eyeglasses were a safety hazard. Restaurants said glasses didn’t work with traditional outfits.