The Lakers took a commanding 3-1 series lead over the Rockets after another forgettable James Harden performance. The NBA ticker tells you he had 21 points, but further digging shows why he lost Houston another big game.

in one of the strangest box scores of the season: James Harden ties his season-low for made field goals in one game (2), however, attempts more free throws (20) than the entire Lakers team (16).

NBA Twitter uncovered some of the harsh truths that need to be understood on James Harden. The Arizona State product has single handedly shot the Houston Rockets out of an NBA title opportunity. No one’s arguing the Rockets are a better team than the LeBron-AD Lakers, but making two shots in almost 40 minutes of play can’t happen.

This is somehow James Harden's 3rd playoff game as a Rocket with a 2-of-11 shooting line (others were elimination game losses in '17 vs Spurs and '15 vs GSW). Took a deep dive into Harden's record in big games as a Rocket before this series: https://t.co/w7rGTedI3O

Worth noting most people that watch the NBA see Harden as a manipulator of the whistle and in this game, he got it. Usually if James Harden gets to the line more than THE ENTIRE OTHER TEAM, he’s effective. The eight-time all-star managed to take 20(!) free throws in game four and stunk it up so bad from the floor, it didn’t matter.

As a team, Houston shot the ball fine, so any argument that Harden isn’t the arsonist to this fire storm of an offseason died during this game. Westbrook 25 points on 50% shooting from the floor, along with Eric Gordon’s 19 points with 4 three’s, and Austin Rivers coming strong off the bench.

PJ Tucker struggled in game four with 0 points and Mike D’Antoni was inexplicably challenging calls in the first quarter. Any and all offensive contributions from PJ Tucker should be considered icing on the cake and here’s why: PJ Tucker is guarding Anthony Davis. A 6’5″ 245 pound Tucker is responsible for slowing down one of the game’s best (if not THE best) offensive big man.

Tucker is absolutely gassed on the offensive end and he should be. The offense is left as James Harden’s job and he managed two freakin’ baskets.

After watching James Harden reek up the court in another big game, it’s time to throw the blame on him. He’s been god awful in any game that demands their superstar to come up big. . Instead of recognizing him for things that don’t matter like his beard, let’s save his coaches and teammates their jobs. Put the blame on the truly deserving.

We should recognize him as none other than the ASTRO-WORLD Regular-Season Bandit. Void of any postseason expectations and a front office full of excuses. Rockets GM blamed Chris Paul last year, big man Clint Capella the year before that, so maybe this is the year? Probably not. 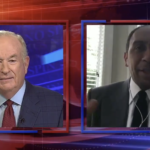 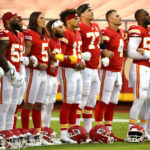