James Harden showed up late to training camp in poor conditioning this season. Tuesday night, he basically said in the postgame press conference that he felt his situation with the team was unsalvageable. Then he up and left. Today, Rockets coach Stephen Silas announced that Harden was kept out of practice, and now ESPN is reporting that they plan to keep him away from the team until he’s traded (likely to the Nets or Sixers):

The Rockets are planning to keep Harden away until a trade is done — with front office weighing best final offers from Brooklyn and Philadelphia, sources tell @ramonashelburne and me. Process is moving quickly now. https://t.co/YDZkAKcG5d

Harden’s methods in forcing a trade were clearly unprofessional, but if he goes to the Nets or Sixers, he will landing with a team that is far more likely to win an NBA championship or at least make a deep playoff run than the Houston Rockets. Between Harden and Kyrie Irving, the NBA is seeing the end result of three or four decades of player empowerment.

Update: Here’s what the Rockets would want from the Sixers:

Houston is increasingly determined to complete a James Harden trade as soon as today, league sources say, and has chased the promising Maxey in addition to Simmons 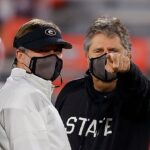 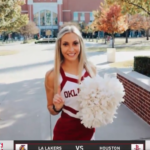