James Harden realized that getting traded to the Heat or Sixers was getting too complicated, so he’s now added the Blazers and Celtics to his Christmas list.

Basketball wise, the Celtics should be doing everything they can to land the MVP. A duo of Jayson Tatum and James Harden isn’t a scoring tandem that many teams can top. Especially considering last year’s Celtics squad didn’t have the firepower to get past Jimmy Butler’s Miami Heat.

Quite obvious that if Harden were to end up in Portland, Blazers’ guard CJ McCollum would have to be included in that deal. That’s another duo with Lillard that would terrorize the western conference.

And trust me, we know everyone thinks James Harden is overrated, but if Dame Dolla is his coworker–that perspective changes.

We’ll have to wait and see how this deal materializes because one thing is for certain: James Harden is getting traded. It’s just a matter of where and when. 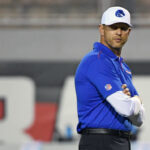 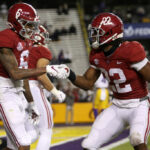