CBS made James Corden multiple offers to remain the presenter of the Late Late Show past the summer of 2023, to which Corden declined.

Offers from CBS to Corden grew to as high as $19 million to stay for two more years, Extra reported on its broadcast Monday. Corden currently makes around $5 million a year. 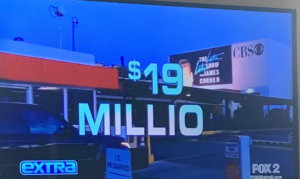 Corden, a London native, will next likely sign with BBC to host a morning show, Extra adds.

Creatively, Corden is the best host in late-night. And at 43, Corden has more upside than his late-night counterparts, all of whom are fading as their approach 50 and 60.

Additionally, Corden had value by virtue of his possible replacements. They are weak.

There are already more late-night shows than hosts who are funny and woke enough to last. Hence why Seth Meyers is still on-air; there’s no one else.

Late-night television is not the viewership or conversation driver that it was with Johnny Carson or David Letterman or even Jay Leno. Still, the programs generate revenue, particularly as a factory of monetizable video clips for YouTube.

Notably, the YouTube page for the Late Late Show has 28 million current subscribers. It’s a hub for ad revenue. So CBS ought to find someone who can capitalize in that medium.

The press is writing headlines already that CBS better replace Corden with either a woman or a black man. The media says to forget quality, just don’t pick a white man for God’s sake.

(If Trevor Noah to CBS would mean fewer Daily Show ads during Family Guy, I’m for it.)

So you see why CBS offered James Corden $19 million for two more years: the late-night bench doesn’t have a starter-quality “talent” to offer.