ESPN’s Adam Schefter reports that the Jaguars have named rookie quarterback and sixth-round pick Jake Luton the starter for Sunday’s matchup against the Texans. The Jacksonville Jaguars haven’t won a game in six weeks and are hoping that ditching Gardner Minshew for Jake Luton will help.

Jaguars’ rookie quarterback Jake Luton, a sixth-round pick from Oregon State, is expected to start Sunday against the Houston Texans.

Luton may be a sixth-round pick for a reason, but he was incredibly efficient for Oregon State in 2019. He threw 28 touchdowns with just three picks. He had an overall completion percentage of 62%. He’s a steady hand that makes good decisions under duress, which is exactly what Jacksonville needs right now. Minshew was a loose cannon that felt a like a watered down version of “Fitz-magic.” Minshew was fun while it lasted, but it’s time for the Jags to search for a permanent solution to their woes.

Luton took first-team reps this week, giving plenty of fans hope that he would be named the starter. The Houston Texans now serve as an appetizer for Luton before the team heads into Green Bay in Week 10. Luton’s 6’6″ 224 lb frame should hold up well in the pocket. We’ll have to see what the kid can do. We wish him the best of luck. 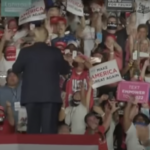 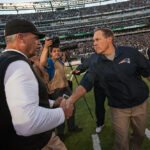