Last week I got an email asking if I’d be willing to attend a Jack Fire event in Nashville — Jack Fire is a Jack Daniels cinnamon liquor — and send a Tweet and Facebook message once I was there.

I asked how much I would be paid for the Tweet and Facebook message and they said $3000.

Now so far I haven’t Tweeted sponsored ads for any products except the companies, I own, but I figured for $3k I’d be willing to send a Tweet and Facebook picture of myself with the liquor. After all, I’ve Tweeted and Facebooked tons of pictures or videos of me with alcohol over the years and none of those have been paid for.

The event is this Thursday at Losers, a bar in midtown Nashville, and I figured at the very least I’d get back some of the thousands of dollars I’ve spent on midtown Nashville bars over the past decade or so. Well, last night while my boys were in the bath and I was sitting in the bathroom making sure they didn’t drown each other in a fight over Star Wars toys — you haven’t lived until you’ve broken up naked 8 and 5 year old boys fighting in a bathtub over a Darth Maul toy — I checked my email.

And saw this from Jack Fire:

I am reaching out to you to let you know that our client has deemed the attached two tweets from earlier today to be a breach of your agreement with them, and thus has chosen to terminate said agreement.

Just so that we are fully transparent, the section of the contract that you breached was section 6A, Part v, which states:

Our client believes that these are two acts that brings them into public disrepute and which offends the general community to which (Jack Fire’s) advertising and publicity materials are directed, so they have asked that you please do not attend Thursday’s event. (This was actually bolded in their email to me. Seriously). You can expect to receive a letter from our legal team saying something similar.

Please do not take this action personally – we had no choice but to do this, as the client believes that you went too far with these tweets.”

No choice, really? So, of course, I’m entertained by this email because I’m thinking to myself, which two Tweets “went too far” for a knockoff Fireball brand to find unacceptable?

Well, they were nice enough to attach them to the email.

These are the two Tweets.

So Jack Daniels, a Tennessee company whose founder would have fought for the South if he’d been old enough when the Civil War began — Jack Daniel was 12 in 1861 and had multiple brothers fight for the Confederacy — finds my opinion that Vanderbilt paying $1.2 million to sandblast the word Confederate off a campus memorial building “brings them into public disrepute and…offends the general community.” Can you imagine what Jack Daniel himself, a Lynchburg, Tennessee native whose brothers fought for the South, would think if he knew the company that he founded now finds the idea that leaving the word Confederate on a building designed to memorialize their war service is offensive? He’d lose his mind.

Part of this story is absurdly funny — a cinnamon liquor knock off of Fireball finds ME disreputable and offensive — but it’s also reflective of larger corporate trends that reinforce a major issue I’ve been writing about for several years now — in many instances you don’t have the right to have an opinion that differs from a corporation’s opinion and remain employed by that corporation.

That should be terrifying to reasonable people on the left and right of our political spectrum. And those, like me, who are radical moderates.

What’s more, it’s not as if my opinion is outside the bounds of acceptable discourse — whatever that is — the majority of Jack Daniels drinkers are Southern and probably share my opinion on Vanderbilt’s decision. So here you have a case of a company not accepting the opinion of the majority of its consumers as an acceptable one.

How authentic is that?

And how weak have companies become that they’re terrified if I show up and get pictured holding their knockoff Fireball brand, that people are going to immediately think, “OMG, Jack Daniels has the same opinion as Clay Travis about Vanderbilt’s decision to sandblast the word Confederate off a campus building! I’m not going to drink their knock off Fireball brand now!”

And regardless of what your profession is or where you work, this is an issue for millions and millions of reasonable people who have political viewpoints, left, right or the middle, that differ from the corporation that happens to employ them as well. Every single one of you could be fired for a Facebook or a Twitter post that expresses a political opinion your private employer does not approve of. And the first amendment wouldn’t apply at all.

Now you can certainly argue — as many sheep likely will — that if you want to be employed you should keep your mouth shut about your personal opinions on political issues. But the entire purpose of our democracy is for our public debates to be robust, free, and uninhibited. If private companies are restricting their employees from speaking out on public issues when they are different than the company’s opinion, how is our debate robust, free, and uninhibited?

Regular readers of Outkick know that I am a first amendment absolutist. This means I will defend your opinions whether I agree with them or not. I believe in the marketplace of ideas and I also believe that the consequences for expressing your opinions, especially when those opinions are being expressed in the hours you aren’t employed, shouldn’t ever lead to you losing your job whether you’re advocating for the right, the left or somewhere in between.

But that’s not the world we live in today.

Jack Daniels doesn’t approve of my opinion on Civil War history and so they won’t associate with me.

That’s their loss and their stupidity.

But if you’re a brand reading this article right now, as I’m sure many of you are, know this: if you want a partner who is fearless, honest, and authentic, no one stands behind their partners better than Outkick. And few audiences are more loyal than ours either. Just go check the mentions for Jack Daniels right now if you doubt that.

But if you’re a timid, cinnamon liquor knockoff of Fireball whose corporate branding would have their founder rolling over in his grave and wants bland, boring, and inauthentic endorsers, you should probably go elsewhere to spend your money.

P.S. Fireball, hit me up, I just murdered your top competitor and you didn’t even have to pay me a dollar. Imagine what we could do together. Two words: World. Domination. 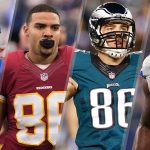