Everyone’s calendar is messed up because of the pandemic, and our clocks are striking 13. The NBA Finals are supposed to be in June, not October. The Indy 500 is May, not August. And have they finished the Triple Crown yet?

That explains the confusion in Chicago baseball, where the Cubs and White Sox have both waited until the end of September to hit their June Swoon. In a normal season, teams would have played their 57th game in late June. So you can understand the Sox’ and Cubs’ confusion.

Just a week ago, this city was gearing up for the very real possibility of a Cubs-Sox World Series. Both were going to win their divisions and the Sox were the No. 1 seed in the American League and Cubs No. 2 in the National.

Now, neither team can get a hit.

“Everybody wants to put it on me,’’ Sox manager Rick Renteria kept saying  after Thursday night’s collapse. “Put it on me!’’

He didn’t have to say that. Check out Twitter: Sox fans were saying it for him. And rightly so. The Sox, after giving up walk-off home runs to lose consecutive games, led Cleveland by 1 in the seventh inning Thursday night. The Indians had the bases loaded, two outs. Renteria put in pitcher Carlos Rodon, who had been out for 7½ weeks with a sore shoulder and hadn’t pitched in relief for years.

“Put it on me,’’ Renteria said unnecessarily.

The Cubs play the Sox in a three-game series at Sox Park starting tonight. It ends the regular season and both will still make the expanded playoffs no matter what. The Cubs haven’t even fallen out of first place yet. The White Sox are in danger of dropping to third.

The Cubs lost three straight at Pittsburgh, which had won just one of its past 14 games. And the Sox have lost 6 of their past 7.

Cubs fans believe in curses and blamed 70 years of losing on a Greek goat curse placed on the team when Cubs officials kicked some guy out of the stands during the 1945 World Series because he had brought in his goat. Maybe Cubs fans should have smelled this one coming three weeks ago when Tom Seaver died. Seaver is known as the leader of the Amazin’ Mets of 1969. The Cubs led the Mets that year by 8½ games in mid-August and ended up 8 back.

It’s hard to know what this says exactly, but the collapse of both Chicago teams is bringing back opposite memories. Cubs fans are wondering if this collapse is worse than last year’s, when they were in great shape with 12 games to go before losing 9 straight and missing the playoffs.

Sox fans, meanwhile, are talking about how the team was collapsing just like this in 2005, and then turned it on and won the World Series. True, but they lost a lot during all the years they didn’t win the Series, too.

Earlier this week, Cubs manager David Ross benched left-fielder Kyle Schwarber in the middle of a game after he loafed in the field on a fly ball, misplayed it off the wall and then didn’t bother getting it into the infield until the batter had run all the way to third base.

The entire core of the Cubs’ team, including Schwarber, has been failing. But the next day, Schwarber got a hit and, thanks to hustle, turned it into a double. Javier Baez, who overswings on every pitch, dropped a bunt and beat the throw while a run scored.

But here’s the thing: Mendoza actually hit .215 for his career.

The Cubs have scored 10 runs in the past seven games combined. On Thursday, they lost 7-0 to a pitcher who had won one game all year.

“We’ve got to flush this one,’’ Ross said perfectly.

As for the White Sox, Luis Robert was AL rookie of the month in August. He’s hitting .086 in September and hasn’t gotten a hit in his past 28 at-bats. Yoan Moncada isn’t doing much better, and has told reporters that he hasn’t felt the same since catching Covid this summer.

True story: I grew up in Chicagoland and these June Swoons were so common that I always thought that term was invented to describe the Cubs. Apparently it’s an investing term and is also used to describe all baseball teams that collapse after a decent start.

Why didn’t I know that?

I’ll put that on Renteria. 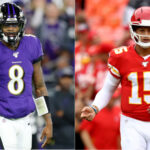 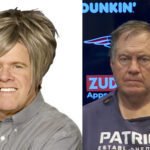