It’s a battle of 0-3 today in Houston where the Vikings are in town and the Bill O’Brien knows exactly what it will take to get to 1-3: MORE Bill O’Brien.

NFL Network’s Ian Rapoport says O’Brien “will be far more involved in game-planning and play-calling” and will “take a heavy hand” in what calls are made for DeShaun Watson during today’s game.

“We have to do a better job, whether it’s receivers or tight ends or the running back or the line or Deshaun getting the ball out quicker,” O’Brien told reporters this week. “Whatever it is, everybody’s in it together. It’s something that we all work hard on to try to improve and we got to get it improved.”

The big problem so far for the Texans? Scoring (second-worst in the AFC) and the running the ball. The running game which is 31st in the league with a 66 ypg average. Remember what Bill O’Brien pulled during the offseason? He traded DeAndre Hopkins to Arizona for David Johnson. It’s been a disaster for the Texans. Johnson has 134 yards through three games and Hopkins leads the NFL with 356 yards receiving.

Now the guy who pulled off that trade is going to be calling more plays. Keep your eyes on Johnson to see how many carries O’Brien forces upon his big trade ‘get’. 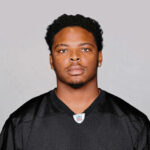 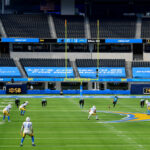