The 5-3 Arizona Cardinals suffered a disappointing loss as they fell to Tua and the Miami Dolphins 34-31. Despite the loss, Kyler Murray still put on a remarkable performance, which got us thinking. Would Kyler Murray be the first quarterback under 30 NFL teams should pick in a fantasy draft? He’s surely making enough noise to start a discussion.

.@K1 is the first QB in the Super Bowl era with at least eight rushing TDs through the first eight games of a season. pic.twitter.com/liD5hwOrod

Murray just had himself a game that most fans see only from a Madden MyCareer player. No doubt his Fantasy Football owners know that he threw for 283 yards with three TDs and rushed for 106 yards and another score. The second-year star combines the on-the-run style of Russell Wilson with Michael Vick’s style of running the football.

Kyler Murray averages one rushing touchdown a game. Sometimes rushing touchdowns can be boosted with QB sneaks, but his are earned. Murray is a real threat foot threat from anywhere on the field. The only other player in football as dangerous on his feet is Lamar Jackson of the Baltimore Ravens. He’s also under 30.

Good luck game planning for a player that can beat you just as easily on the ground as he can from the pocket.

So here are the best NFL quarterbacks not named Patrick Mahomes who are still wet behind the ears:

Jackson has lit up the NFL game and shown few weakness except that he can’t seem to come from behind to win a game in the NFL. Playing from behind in the NFL needs to be second nature, but it’s proven to be a problem for Jackson.

He has time to improve here, but his problem might be more philosophical than anything else. The MVP relies on running the ball, but once Baltimore falls behind, he no longer can go to his bread and butter. A one-dimensional Lamar Jackson is a quick path to an “L” for the team.

OutKick’s Ryan Glasspiegel took this debate to Twitter. Guess it wasn’t much of a debate with 83% of people picking Murray.

Who would you rather have at QB for the next five years?

Here’s Kyler Murray’s biggest competitor for the second QB spot under 30. Watson can literally do it all, but he’s currently stuck in Houston. He also already endured a torn ACL back in 2017.

Durability plays a major role in a player’s value in the NFL, and that makes Kyler Murray’s baseball background crucial. Sliding is second nature to Murray, helping him to stay healthy and stay on the field. Watson is not necessarily brittle like a Carson Wentz, but Murray’s clean injury history could be the separator here.

According to these highlights, however, Watson’s ACL injury doesn’t seem to affect his game very much. We may just be splitting hairs between Watson and Murray.

Buffalo’s emerging star is a bit of wildcard. One moment, we throw him in conversations with the game’s best, then he suddenly become unrecognizable. His inconsistency alone should disqualify him.

When he’s on, he’s as good as any of these young quarterbacks. He may have faced a god-awful pass-rush against the Seahawks today, but he still threw for 415 yards with three TDs. Just last year, his narrative was that he was a runner who couldn’t throw the ball accurately down the field. Looks like he put that to bed. We’ll keep an eye on Josh Allen to see if he can creep up this list sometime later this year.

Gotta give Murray The Edge Here

There are other quarterbacks that could threaten Kyler Murray, Deshaun Watson, or even Lamar Jackson, including young star Justin Herbert of the L.A. Chargers. But Kyler Murray is a perfect combination of speed and arm talent that’s firing on all cylinders in 2020. Plus, he’s been paired with a creative play caller in Kliff Kingsbury, which puts his abilities to good use.

Who’s your first pick after Patrick Mahomes? Does injury history matter at all in your decision? Let it fly in the comment section, and we’ll discuss. 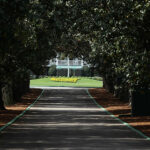 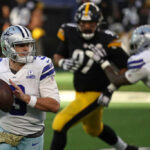