Jimbo Fisher is only two games into his third year at Texas A&M. He signed a massive 10-year, $75 million contract in December 2017. Yet here we are, writing headlines like this and it’s not even clickbait. It’s a legit question that many A&M fans have found themselves asking.

The hilarious part about the situation in College Station is the fact that someone within the A&M boosters actually believed that Fisher at $75 million guaranteed was the missing piece for the Aggie program. This same Aggie program has exactly one double-digit win season since 1999, the miracle 2012 season, during which time Johnny Manziel put on a Scooby Halloween costume and took a few photos at a bar, only to beat Alabama two weeks later. It was one of the craziest 18-month stretches in college football history.

The position A&M finds itself in right now can be tied directly back to that season when Manziel set an SEC record for total yards in a season — 3,706 passing and 1,410 rushing. Aggie fans started to think 11-win seasons and beating Bama was their new God-given right. The school was printing money off the back of Manziel.

A&M estimated Manziel’s media exposure during his Heisman run that fall generated $37 million in revenue. The Aggies finished 5th in the final AP poll, Manziel was coming back in 2013 and everyone was feeling great.

Then Manziel and A&M lose to Alabama 49-42 in Week 3 of 2013. The Aggies QB had a huge game, throwing for five touchdowns. Four short weeks later, he lost to Auburn. Four weeks after that, he lost to LSU on a cold, rainy day in Baton Rouge. That was about it for the Manziel era at A&M. The Aggies fell once more at Missouri the following week before finishing with a Chick-fil-A Bowl appearance and a record of 9-4.

The fact of the matter is that A&M is the Michigan of the SEC. They’re good enough to give the top teams a game here and there, but they’re not beating the top teams very often. Eight wins is a solid season, nine is pretty good and anything over that is exceptional because it means the Aggies beat a top-tier team.

Is it time to pull the plug on Jimbo? That’s up to the guys with Texas oil money who pay his salary and who hoot and hollered when Jimbo wore the cowboy hat at his introduction. At the end of the day, an eight-win program got exactly what it deserved giving Jimbo all that money. The reincarnation of Johnny Manziel isn’t walking through that door anytime soon, and the cool factor has long since worn off the A&M program.

Texas A&M chancellor John Sharp to the @HoustonChron on if they had any concern about signing Jimbo Fisher to a 10-year guaranteed contract: “Yes. We couldn’t get him to agree to a 15-year deal, so this is the best we got.” 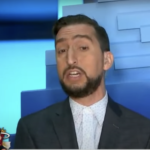 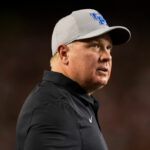