The Big 12 matchup between Iowa State and Texas is meaningful for both programs.

For the Cyclones, the 23-20 comeback win means a likely spot in the Big 12 title game. That’s a major feat for them. The last time they won a conference championship was 1912. It’s also the team’s first victory in Austin since 2010. All Iowa State (7-2) has to do now is beat West Virginia next Saturday, and the trip is officially booked.

Texas, on the other hand, is in a much different place. The Longhorns are now 5-3 with little hope for the future under head coach Tom Herman. He has been a disappointment since his arrival in 2017.

Texas led the majority of the game. Iowa State took the lead with just a minute and 25 seconds left in the fourth quarter, and Texas quarterback Sam Ehlinger was unable to march the offense down the field for a game-winning score.

We are way past the “Texas is back” mantra. If anything, they’re back to being the same mediocre program they’ve been since Mack Brown left in 2013. The state’s top recruit and UT legacy, Tommy Brockermeyer, and his twin brother, James, have committed to Alabama. Star 2022 quarterback Quinn Ewers de-committed from the Longhorns and recently pledged allegiance to Ohio State instead.

There is a lot to be concerned about in Austin, and it might be something only Urban Meyer can fix.

For Matt Campbell and Iowa State, however, things are trending in the right direction. They’re certainly in a much better place than the almighty Texas. 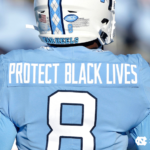 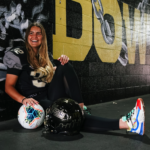