I told myself it was Friday and I wasn’t going to let Internet Cop Peter King bring me down on a clear blue sky day in northwestern Ohio with temps expected to hit the low 80s. We’re not going to get many more days in the 80s after this weekend. I told myself not to let Pete take up any of my time. Get my work done, go enjoy the weather.

But I can’t let this nonsense go unchecked. Debbie Downer King and his band of blue checkmark lieutenants just can’t let happiness run through their veins. They have an election to win — it was  like a week ago when Christine Brennan tried to make you believe it was the worst day in Big Ten history — and not a single day can go by without some reminder you’re not allowed to live and laugh.

These are the same people who have “live, love, laugh” signs hanging around their houses. Oh, but don’t you dare laugh and joke about Bill Belichick looking like he just cut the grass. How dare you! Didn’t you know that there are many more serious things you should be caring about right now?

You know, because you can’t multitask between thinking about a crazed world and joking about Belichick sweatshirts.

With everything happening in the United States right now, it is profoundly sad that hundreds, and maybe thousands, feel passionate about how Bill Belichick dresses for a press conference.
God, people.

I wrote this joke about the Belichick sweatshirt and thought it went over pretty well, especially after a summer when my father underwent chemo and radiation for throat cancer. Dad missed a few weeks of cutting the grass after his energy level was zapped by the treatments, but he’s back to mowing and work.

This theory that comedy has to be sucked out of humanity because the world is a horrible place is garbage and must be fought. We need more laughter and critical thinking because it’s Internet Cops like Peter King who would like to keep dividing humans just for an election.

That said, this weekend I’m going to go hit golf balls with friends, drink beers with neighbors whose political choices don’t matter to me, suck down this 80-degree dream weather weekend and laugh at the Mount Rushmore of Coronabros – King, Rovell, Woken & Christine Brennan – as the SEC returns to the field and the world continues to heal.

Oh, and my father said he will be coming up soon to watch football on the patio.

My dad after mowing the grass Tuesday, Thursday & a quick trim Saturday morning so it looks nice when people stop over pic.twitter.com/RpMFKFOJY1

Woah, woah, woah….Jemele must not have received the memo that she’s not allowed to joke during these troubling times.

Belichick looks like he woke up in an alley outside of a bar with no memory of what happened and having to be at work in 12 minutes. pic.twitter.com/NatiU0TLHX

Belichick looks like he wrestled a bear… and won. https://t.co/xbGPHUES6b

Bill Belichick trying to pull off the Steve Lombardi @brawlerreal look. Next thing you know, he'll be patting himself on the back like Barry Horowitz https://t.co/imEwKn6kma pic.twitter.com/K98IIk0Jcp

Belichick looks like he was in the back cleaning catfish before he walked in. https://t.co/eozDU6adwc

My wife has been systematically purging all of the most comfortable shirts like Bill has on.

"Coach, who are you wearing?" 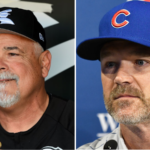 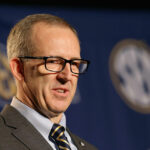