• Kyle Trendel of Trendel Lumber & Design in Ottawa, Kansas, who has become something of a celebrity around here after first appearing on Screencaps back in 2021 as a lumber industry expert in the “Numbers from” section, writes:

I got my first across-state line visitor at the lumber yard yesterday asking to meet me. He said he needed to meet the guy featured in Joe Kinsey Outkick Twitter feed. The “lumber expert”…I got a kick out of that. He was coming through Ottawa after dropping his kid off at college. My mowing league shirts should be delivered next week.

Kinsey: You guys have no idea how pumped up I was to receive this message. Kyle was just a random guy I found tweeting about lumber prices in 2021 when the subject popped up on my radar. He showed up in Screencaps — I think one of his friends tipped him off that he was in the post — and now Kyle is getting Screencaps visitors.

This reminds me of the time the California Screencaps reader saw a burrito in the food section & told his son to get in the car they were going to grab lunch. I think it was something like a two-hour drive to get that burrito.

Between connecting people with other readers or connecting readers with burritos, this column is a dream come true for my career. I hope the Brookville (OH) High School academic advisor who, with my mom sitting right next to me during a college prep meeting, flat out thought I was nuts for even considering a writing career can see me now. That was 100% a crossroads moment for my life. Another crossroads moment came two years later when the landscape company owner I was working for sat me down for a summer lunch at Skyline Chili to ask if I would consider dropping out of college to run his operation so he could retire.

It was a long road, but I ended up here with America’s Best Daily Column*, as named by the Screencaps readers. 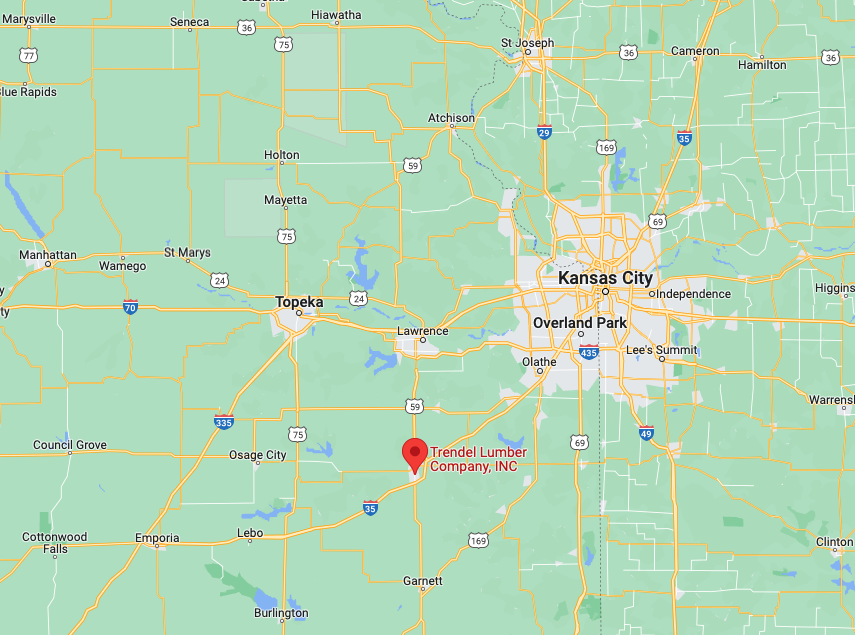 A message from New Zealand

• Pete W. in Papamoa Beach, New Zealand, who is 8,333 miles (as the crow flies) from my location, writes in with a rugby lesson for guys like me who don’t understand the sport and its leagues:

Big fan of Screencaps & TNML down here in New Zealand.

I’m sure there are others here in NZ and across the ditch in Oz who enjoy the growing cult (in a good way) you’ve started.  To really show you care about the sports/pop culture scene in the Antipodes and get us even more onboard I recommend you get to grips with the differences between “rugby union” and “rugby league”.  Rugby union is typically called ‘rugby’ and rugby league is ‘league’.

Similar sports yes, but with fundamental differences that have us shaking our heads down here when one is mistaken for t’other.

Yes, it’s insignificant in the grand scheme of things but for sports fans it’s the piece of steak between your teeth and there’s no toothpicks around.

Keep up the great work. 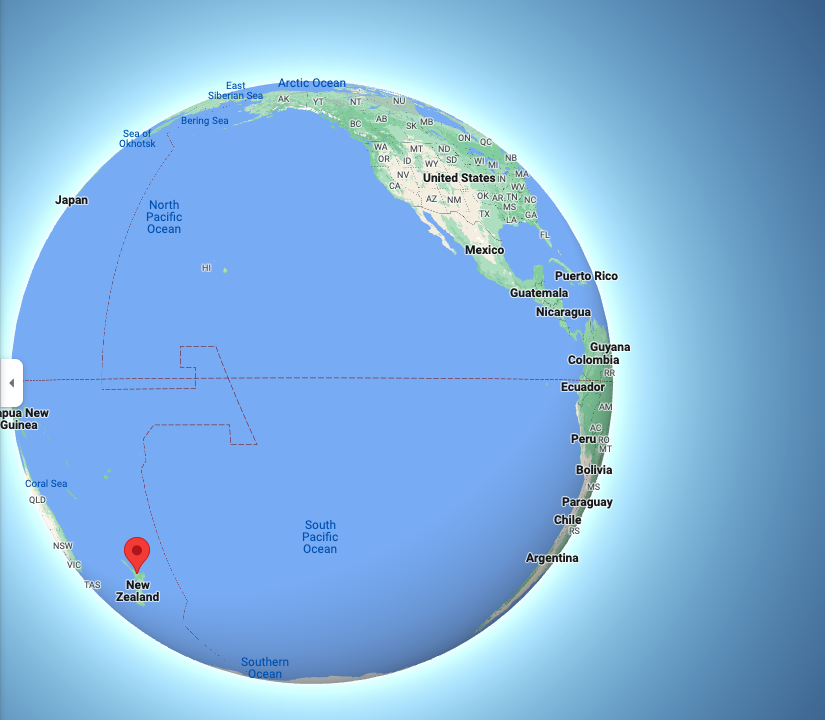 Joe – it has been quite a while since I checked in but I wanted to give some credit to you and the Screencaps community for the information that was shared last year about vacationing in the Black Hills of South Dakota.  My son and I have started taking a “mancation” each summer where we spend some time together and don’t stop in any gift shops or antique stores and just get after it on hikes and eating lots of steak and bison.

Just got back from seeing Mount Rushmore, the Devil’s Tower, Custer State Park, the Crazy Horse monument and the Badlands. We even had a great time on the long drive from Indiana talking and listening to podcasts.

I’m sure there are many great places to stay but we really enjoyed the Hisega Lodge. Built in 1908 with a soothing creek running just feet away it was very relaxing. I’ve included a couple of pictures and highly recommended this area for anyone who hasn’t been there yet.

Thanks again for the inspiration! 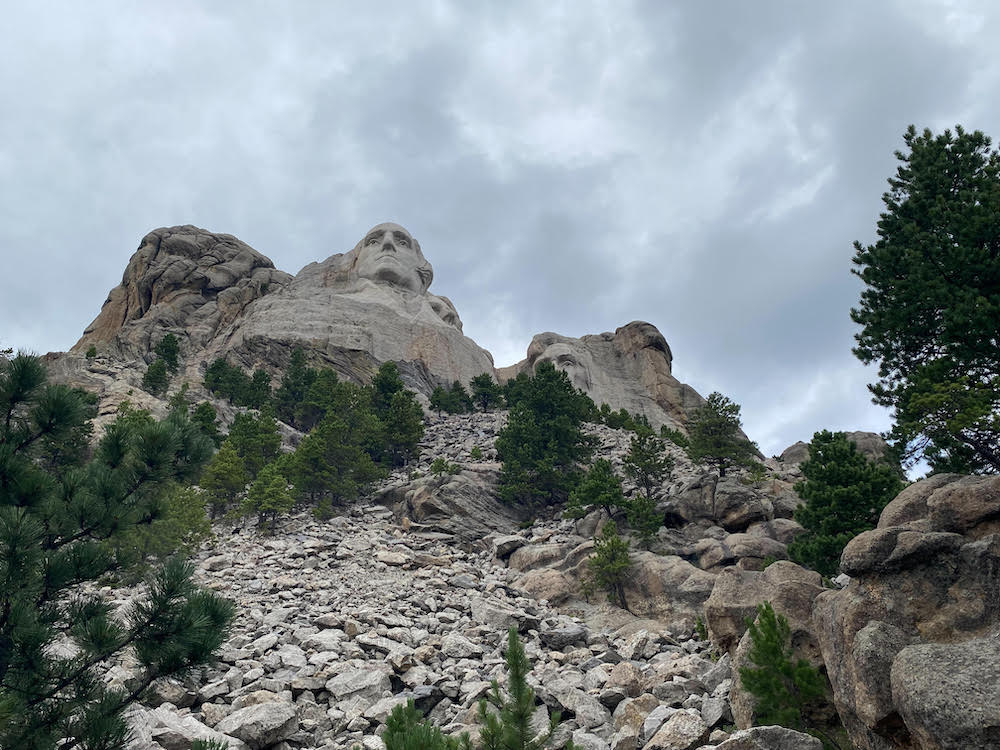 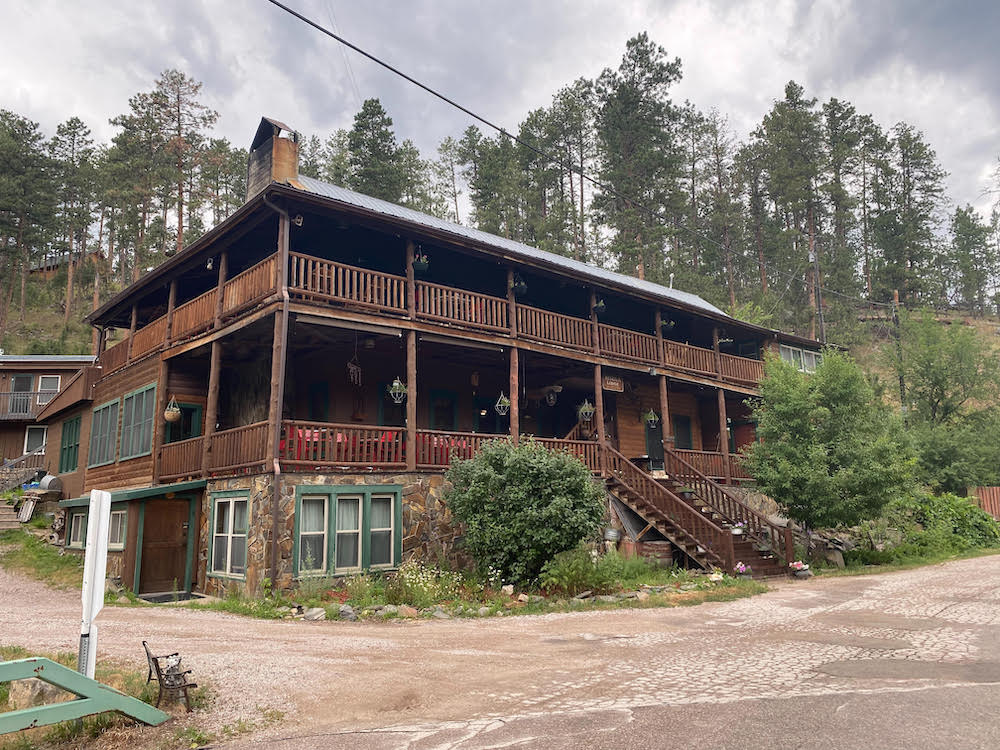 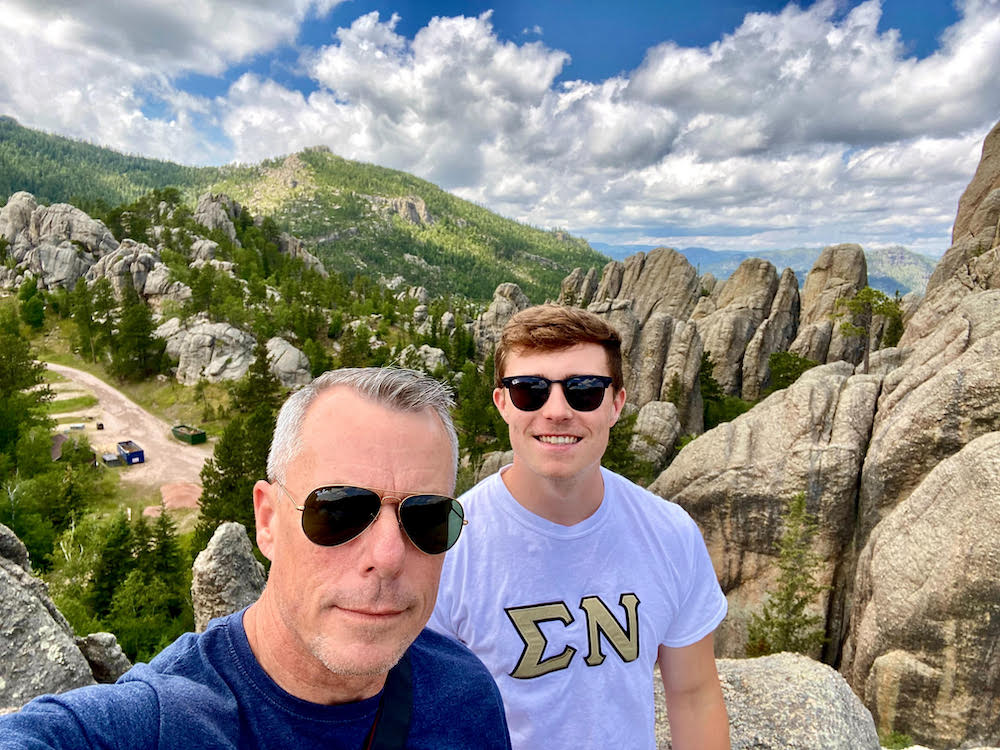 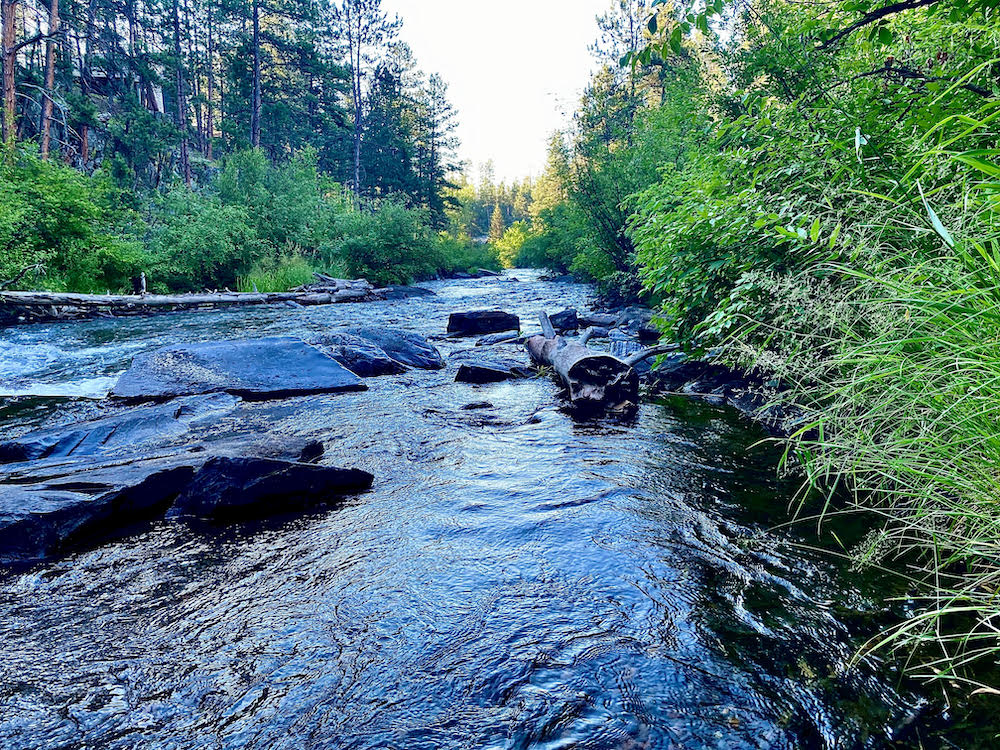 Kinsey: Awesome stuff, Jim. If you’re going to make a grand return, showing off Mount Rushmore is a strong move.

I’m intrigued by Jim saying he listened to podcasts with his son on the drive west. I’d like to know which podcasts span the age gap on a road trip.

Speaking of fathers spending time with their children

• Ron M. in Lake Oswego, OR is back with a report:

My daughter, Mo, and I went in here.on a whim after shopping at the Dollar .25 Store the night before she goes to Scout Camp w/ her troop.

It is free play for $10/day per person unlimited in and outs.

Mo is experiencing her first try at Midway Nintendo’s Cryis’n World. This after she utterly failed at Hydro Thunder. There are many great finds here including Mortal Kombat 1 through 4. However, the capper is the 2005 Golden Tee Fore.

If there are any other Screencaps member near Tigard, OR (this is next to the Joy Cinema) maybe we should meet up and tee it off.

All our best to the Screencaps Community, 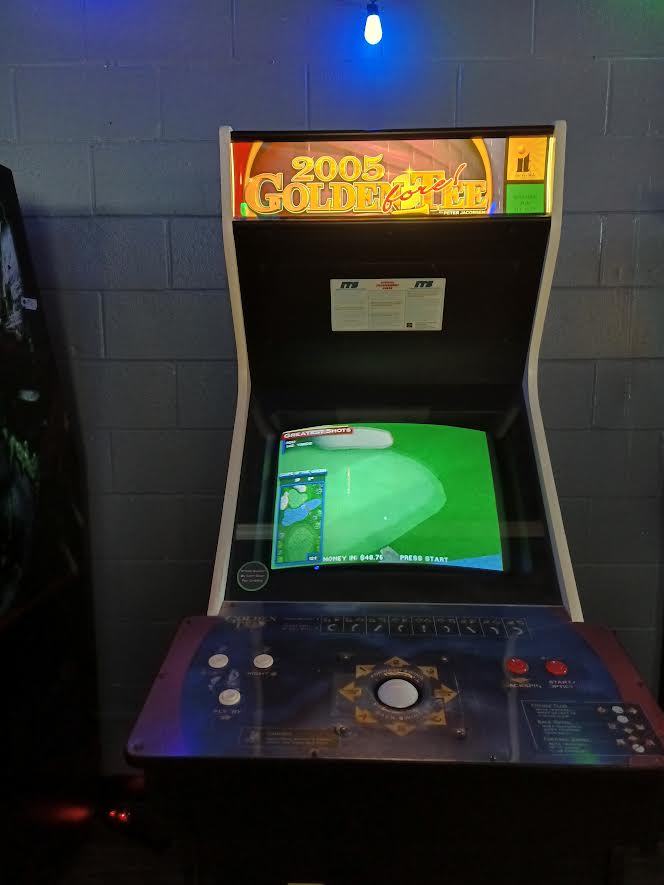 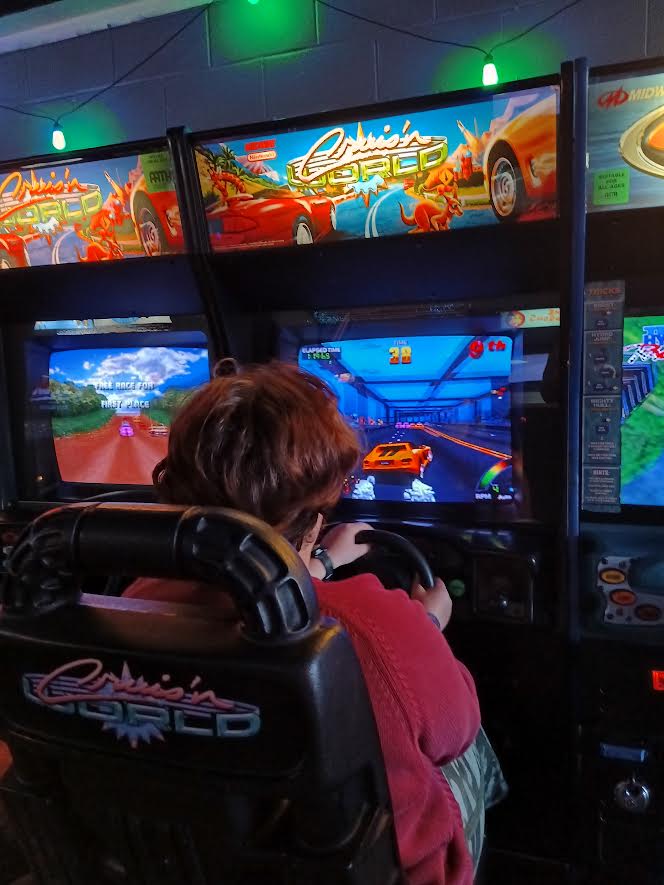 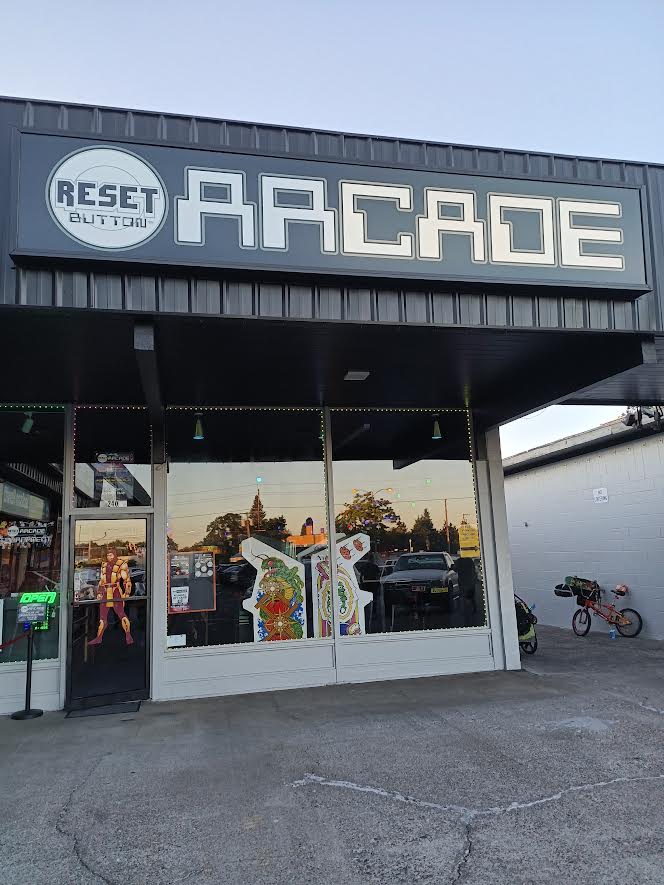 Kinsey: I have a bunch of great emails to use Monday morning, so let’s wait to dump out the Jeep wave content and a reader who needs retirement life advice.

Go out there and have a great Saturday. I’m headed to the patio to sit and do nothing for 10 minutes until I get bored and start getting into something.

Have a great weekend.

The average family health insurance premium in the US has more than tripled since the "affordable" care act was signed into law back in 2010.

Breaking: Stetson Bennett has officially entered year 74 at the University of Georgia 🗣 pic.twitter.com/g4BtrLBGgH

Great to see @BrettFavre in South Dakota! Thanks for *almost* taking the Vikings to the Super Bowl! pic.twitter.com/SHys2KA1fC

How many deuces do you think @ColeHamels dropped that day? pic.twitter.com/Tk0m5YK18D

Vin Scully never met my wife. But after hearing me sing his praises for years, one day she decided to make him some cookies. In typical Vin fashion, hr responded in the most generous of ways. pic.twitter.com/yxsmOFNLWl

A Houston woman says she thought the driver who had just rear ended her pulled over to exchange insurance information. The story is tonight on #KHOU11 at 10. pic.twitter.com/vfrnv8J5aF

Here’s the now mangled vehicle owned by actress Anne Heche being towed away after speeding and crashing into a Mar Vista home and sparking a fire. @CBSLA pic.twitter.com/rRSqnM1YDt

Because in 1975, when you got a new TV, you’re damn right you posed and had your picture made with it! #WreckEm Yes. I was Coach Hyatt’s Remote Control for years. All three channels in the Panhandle were great! pic.twitter.com/BU3DKqVqQJ

State Fair of Texas has gotta step up the ride game, this is insane pic.twitter.com/fp8xvO2R7B

My 7 month old daughter said "mommy you're single, I understand how hard it is to do things on your own sometimes. I love you please let me pump for you, it's the least I could do" ❤️grateful for her fr pic.twitter.com/UufpczJpfY

The crew has been grinding to pull this one off. pic.twitter.com/PStBcULPRg