Talk about popping out of bed instantly and ready to attack the day. It was a late night prepping Screencaps with an early wake-up call because a mini-vacation starts here in a few hours, but the second I hear “Danger Zone,” it’s go time. Every single time. That opening riff comes in and my brain tells me I’m in a cockpit doing barrel rolls and about to fight MiG-28s, even though I’m about to walk downstairs and sit at a three-screen computer cockpit with analytical data screens, Tweetdeck screens, iMessenger pumping out hot texts from the group chats and the OutKick Slack channel updating at breakneck speed.

Instagram model coming in with a blazing hot new piece of content…12 o’clock! Karen Rovell with a new COVID take…quick(!)…get it…it’s flaming hottt! Paulina Gretzky’s firing up Instagram Story…she’s on a Bora Bora bachelorette trip…GET ME VIDEO CLIPS NOWWWWW! OutKick editors in my ear screaming they need the post NOOOWWWW or we’re going to miss the Google algorithm is going to fly by us at virtual warp speed.

Maverick strapped into the F-18 to do his work against MiGs. I strap into my mesh Costco desk chair (much better airflow than those faux leather pieces of junk you see thrown out to the trash) with a Costco seat pad like grandma (with her wrap-around shades like she’s about to bust out a welding torch) and grandpa use in their Chevy Impala.

I’m telling you guys, there has to be a screenwriter out there who can turn this blogging life into a major motion picture with a soundtrack written by 73-year-old Kenny Loggins.

• Did you watch the Women’s College World Series finale Thursday afternoon? Yeah, I figured you didn’t. You actually go to work and then come home to do more work until the sun goes down. It would’ve been nice to catch the end of Florida State-Oklahoma after Thursday Night Mowing League responsibilities, but ESPN had contractual responsibilities. Oh well.

• I’ve been slacking on lumber updates as that hysteria died down just a little bit. Here’s the latest from Kyle Trendel, who runs Trendel Lumber in Baldwin City, KS:

Futures down to 1122.20 today. We are seeing retail prices plateau with small decrease in dimensional lumber. Sheet goods and OSB continue to hold high.

• Thank you to those who sent in suggestions for out-of-the-way, remote, interesting, hidden gem small U.S. towns that very few people have heard of. I’m talking remote camping towns in the middle of nowhere. No highways going to these places. I’m talking U.S. locations where cellphones are useless. I’m talking interesting or maybe not that interesting places the tourism magazines don’t know exist. You can still send in your suggestions: joekinsey@gmail.com

• That brings me to another project I’ll be working on to post while I’m on a golf trip in a couple of weeks. I need you guys to think of the best sporting event in the United States that very few people know about. I’ve written about my love of the Wren (OH) Wiffleball Tournament in one of the most perfect settings you’re ever going to see. The population in Wren, OH is 125 and the tiny village holds what I consider to be one of the best unknown sporting events in the U.S.

Those are the events I’m looking to feature. Inject those events right into my blogging veins. It doesn’t have to be a mainstream sport. Try me: joekinsey@gmail.com

Like all the other middle age dads out there thank you for all the hard work on TNML.  I was thinking during my three hour mowing session what about the other things dads like ……Man caves and food!!  Maybe a man cave Monday or weekend cookout wrap up? I have built my man cave into my pole barn.  The bar is built from a cherry tree that grew in my grandparents back yard that I cut after it fell and sent to a sawmill to be cut Into boards.

The barn wood wall is also from a barn I tore down at my grandparents’ farm so there is a lot of history and sentimental value for my family.  I spend most weekends enjoying Busch Lights and cooking on the pellet grill so I also like showing off the weekends food. Since I upgraded to the Camp Chef smoker with sidekick I have made Ribs, pork butt, beef short ribs, and jalapeño poppers.  If you haven’t heard of the Bearded Butchers from Creston Ohio you should check them out!  Thanks for all the great content Joe! 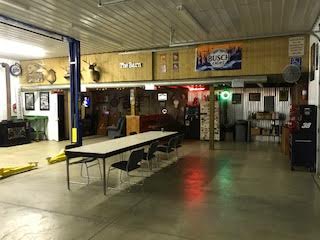 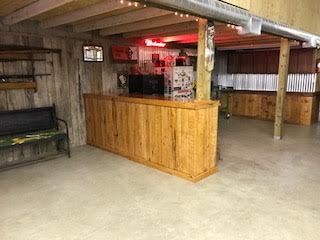 • The yard looks perfect, the weather is settling in after horrible rain across most of the U.S. east of the Rockies, the flowers looking amazing. Let’s get out there and have a weekend. Really indulge over the next three days. Suck down all that summer has to offer.

A post shared by A L E X A N D R A (@alexandra.olaughlin)

Dad is not happy pic.twitter.com/KT710lxpQZ

Never know where the punches will fly including a Marlins game with 5,000 fans in attendance pic.twitter.com/WpDjB6a2IE

@shandershow I heard you like gritty too, figured you'd appreciate my calf pic.twitter.com/4zyyzBCST2

Chester, VA checking in this morning from the Wawa (from @chris_burns65) pic.twitter.com/aHtU46XmU0

Life update:
All day today my leg has been swollen, purple, losing feeling. I finally went to the urgent care & they immediately sent me to the ER. They found a 25 pound cyst (15in x 9in) in my abdominal cavity. Having emergency surgery.
Look at the size of this thing! pic.twitter.com/KAkpKJKPuO

Everyone should see a penguin who is excited for a cuddle pic.twitter.com/YLu5r3zGPk

Over the Stardust, 1964. The former Motor-Vu Drive-In (top left) came first in '48, then Royal Nevada (left) in 1955. Barely visible top right are the Executive Suite apartments which lasted into the 2000s. Present site of @ResortsWorldLV pic.twitter.com/bBHeDkkImD