If you’re waiting for the Chicago White Sox to fire new (but very old) manager Tony La Russa over his recent drunk driving arrest, then you just don’t understand.

La Russa is not going to be fired.

White Sox owner Jerry Reinsdorf already knew when he hired La Russa that the arrest was in the works. He knew that La Russa had ripped athletes for kneeling in protest during the national anthem, even though several White Sox players had taken a knee. He knew that La Russa spoke out against bat-flips and other displays of youthful emotion and fun, even though young Sox star Tim Anderson likes to flip his bat.

La Russa, age 76, was hired because Reinsdorf, who’s 84, had always felt guilty about allowing his former GM to fire La Russa as the Sox manager in the 1980s.

This has nothing to do with right or wrong. La Russa has embarrassed the White Sox. His hiring embarrassed general manager, Rick Hahn, who surely wanted to hire his own manager. And now La Russa has put a sour taste on a fresh story in Chicago about a young, fun, World Series-ready team.

And if that’s not enough, check this out:

So why won’t the Sox fire him now? I’m going to invent a term here:

Reinsdorf is the owner. He has billions of dollars. This is what he wants.

If you watched “The Last Dance’’ documentary on Michael Jordan’s Bulls, then you’ve seen billionaire’s prerogative before. The Bulls owner broke up MJ’s team before giving it a shot at title No. 7.

That Bulls owner back then? Jerry Reinsdorf. And why would he want to break up the greatest team ever?

To be honest, I was in favor of the Sox hiring La Russa because I figured he’d take this young team, apply old-school principles and strategies and — heaven forbid — add thinking, as opposed to following a computer printout, that’s missing from today’s game. That’s why baseball has gotten so boring. I figured La Russa would stay out of the way on personal stuff.

In fact, on the day La Russa was announced as the Sox new (but very old) manager, he said he would be open-minded about shows of emotion:

He actually used the word “sincere.’’

La Russa had found out about his arrest a day earlier. Yet he felt it was OK to explain how he would be the judge of right and wrong about his players, who are from a different generation and era than he is.

La Russa pleaded guilty to a DUI charge in 2007, too. And on Tuesday on the “Dan Bernstein Show” on WSCR 670-AM in Chicago, they played the police recording of that arrest. La Russa is told to speak the alphabet without singing it.

And I’m not really sure what the big deal is. He got most of the letters right and almost in the right order, too.

His current arrest is over an incident in February, when La Russa was an adviser for the Los Angeles Angels. Police came upon him standing outside of his car near the Phoenix airport. Apparently, it’s common for it to take months there before charges are filed. They were filed on Oct. 28, the day before La Russa was hired.

No word yet on whether he was asked to recite the alphabet or count the number of fingers on his hand or something.

The Sox say that they knew about La Russa’s pending arrest when they hired him. They also say that they can’t talk about it now while there’s an ongoing investigation.

That is a lie. It’s not that the Sox can’t talk about this. It’s that they don’t feel they owe it to Sox fans. White Sox fans were never in on this hiring in the first place. La Russa’s hiring had nothing to do with them.

So just accept reality and scratch one off Reinsdorf’s bucket list. 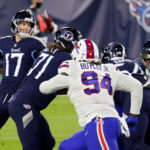 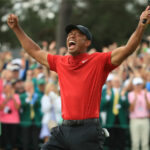