Kris Bryant will always be a hero in Chicago. Home run hitter, MVP, Rookie of the Year. He was one of the leaders of the young core of Chicago Cubs that finally won the World Series and seemed destined to be Chicago’s next dynasty, maybe even Michael Jordan’s Chicago Bulls?

But here’s the thing about Bryant: He can’t hit anymore. He’s awful. He stinks. The Cubs need to bench him now, get rid of him later, maybe sooner.

With less than two weeks left in the season, the Cubs are in the strangest position: They are in first place, in contention for another World Series. And at the same time, they are rotten to the core, meaning the core of that historic team has lost it. Awful. Stinks. It’s a race to see which one the Cubs will do first: win again or crumble to the ground.

Dynasties are a fragile thing, not that the Cubs actually had one. But for a team that had lost for 100 years, this was the closest thing to it. If they win the World Series this year, that would be two titles, two more NL Championship Series and another postseason all in six years.

We saw The Last Dance on ESPN about Jordan’s Bulls. When the documentary was over, it seemed that the dynasty shouldn’t have been. The core was broken up too soon (assuming Scottie Pippen would have come back). The Bulls have been irrelevant ever since. The Blackhawks won three Stanley Cups from 2010 to 2015 and still have core leaders Jonathan Toews and Patrick Kane. But they also are now irrelevant.

This year, the Cubs had that Last Dance feel to them. Some of them, including Bryant, chose not to re-sign for the long run. This could be the last chance in this run.

Some dynasties figure out how to rebuild on the fly. Some have their moment, fade away and hope to start over.

Bryant is hitting .200 with 2 home runs, 4 RBIs, and injuries. Anthony Rizzo is hitting .205. The amazing Javy Baez? A recent hitting streak has brought him up to .203.

Sure, people get old, but that’s not what’s happening. Bryant is 28, Rizzo 31 and Baez 27. They should be in their prime, but the guys from that World Series team who should be carrying the team aren’t, with the exception of pitcher Kyle Hendricks. Instead, Yu Darvish, who the Cubs picked up last year, is headed for the Cy Young and some guy named Alec Mills threw a no-hitter Sunday.

Mills didn’t get a scholarship to play on his college team and had thrown a full 9 innings just once in his pro career, in Single-A ball. MIlls makes $569,000, Bryant $18 million, Rizzo $16.5 million and Baez $10 million.

So what do you do? Who do you trust?

Do you go with David Bote at third base? I would. He isn’t hitting any better than Bryant but he does have a knack for clutch hits. And frankly, unlike Bryant, it looks like Bote actually wants to be here.

That’s the kind of decision manager David Ross, who played for that World Series team, has to make. It would mean benching his friends.

But since that World Series team, the Cubs have gotten a little worse each year. To the best of my memory, which might be a little skewed as a Cubs fan, the core hasn’t been able to get a hit in three years. Cubs president Theo Epstein, who built the team, hasn’t replaced leadoff hitter Dexter Fowler since the World Series. The Cubs can’t develop pitchers.

And I doubt Epstein is going to start over the way he did it before, selling off anything of value for prospects and waiting a few years to see them develop. No way.

So how do you deal with things when the window of an era seems to be closing? Look at Bryant, who the Cubs have for one more year. They could trade him after this season, but what is he actually worth anymore?

You can hope he’ll be good again next year, or just wait out his contract to start rebuilding later.

It’s just so hard to figure out what to do with the core when it’s having its run. You want to play it out, but you can’t let it go bad.

The Cubs are in first place, but that’s because they started 13-3. They’ve gone 15-17 since then. One prolonged hot streak, though, is all you needed in a 60-game season.

So this figures to be the Last Dance for these Cubs. Another World Series? Maybe it would start with Bryant just getting a hit. 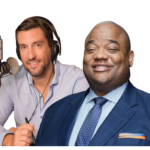 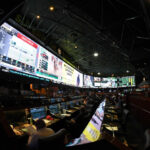