It’s hockey time in the United States and Canada, and the NHL will indeed keep teams from both lands separate for most of this season.

The seven Canadian teams will all compete in the same North Division — and play only each other for the entire 56-game regular season, as well as the first two rounds of the playoffs. Those teams include the Calgary Flames, Edmonton Oilers, Montreal Candiens, Ottawa Senators, Toronto Maple Leafs, Vancouver Canucks and Winnipeg Jets.

By the way, the Canadiens are the last team from Canada to win a Stanley Cup — way back in 1993.

Meanwhile, the other 24 American-based teams will be split into three divisions to limit travel during a sports year that continues to deal with COVID-19 fears.

The NBA has experienced an uptick in positive test results, and the NFL has been spotty all year. Despite its best efforts, the NHL anticipates it too will see its fair share of postponements and the loss of key players.

So the NHL is prepared, taking lessons from other leagues and trying to play as safely as possible. But the key word there is “play” and that is precisely what the NHL intends to do. Its first face-off is scheduled for Wednesday night. 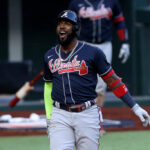 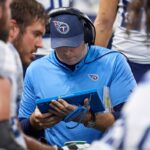