Later this year, Howard Stern’s groundbreaking contract with SiriusXM expires. In June, SiriusXM CEO Jim Meyer acknowledged the threat of the growing podcast industry, of which Stern is aware of. So far in 2020, Joe Rogan, Bill Simmons, and Dave Portnoy cashed in for $100 million each in digital media/podcast money.

However, Meyer remains ” “optimistic” the satellite radio service can retain its most valuable property.

“I am personally deeply engaged in conversations with Howard’s team. I am very optimistic about those conversations. We continue to make progress,” Meyer said Wednesday at the BofA Securities 2020 Media, Communications & Entertainment Conference.

Adding, “we have had Howard for 15 years and I am sure that every penny we paid Howard our shareholders have benefited. And I have been really clear, I want Howard Stern to work at SiriusXM as long as Howard Stern wants to work.”

Stern’s drawing power is so unparalleled Deadline reports his pending decision is a focus of Wall Street.

It’s hard to see Stern, who turns 67 in January, leaving radio for digital media. The podcast industry is appealing for three reasons: 1) freedom; 2) schedule; and, 3) money. At Sirius, for Stern, that is check, check, and check.

Stern has near full autonomy. His schedule is podcast-like, only working three days a week; the weeks he’s on. And, per Yahoo, makes in the neighborhood of $100 million a year.

It doesn’t make sense to move — but nothing Howard Stern has done, at first, has either. 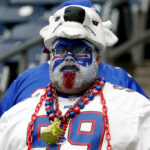 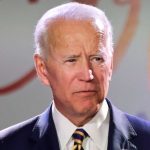