Elordi claimed in an interview that he had never watched Kissing Booth 2. Via Twitter, King called bull***t on Elordi’s assertion. Instead of using the word bull***t, King tweeted “cap,” which is a relatively new slang word for bull***t. She later deleted the tweet because she said two people over social media tweeted at her that “cap” is a black slang word and she was culturally appropriating the word and therefore being insensitive.

Stern, who is Jewish, did not object. Neither did his co-host Robin Quivers, who is black. Everyone acted like it was perfectly normal for an American citizen to believe there was a non-derogatory, non-profane word Joey King should not use because of the color of her skin and because of social media backlash.

All of this transpired on the Howard Stern Show, which rose to prominence as the most politically incorrect, freedom-of-speech-loving show in the history of radio.

America is dead. Freedom is dead.

Sitting in my car, listening to the Joey King-Howard Stern interview, I felt like Walter Cronkite learning that the Tet Offensive failed in Vietnam. The failure of Tet motivated Cronkite to personally visit Vietnam and assess the war firsthand. When he arrived back in New York, Cronkite rendered a verdict on the CBS Evening News:

“It seems now more certain than ever that the bloody experience of Vietnam is to end in a stalemate… It is increasingly clear to this reporter that the only rational way out then will be to negotiate, not as victors, but as an honorable people who lived up to their pledge to defend democracy, and did the best they could.”

If we’ve lost Howard Stern to the social justice warriors and the PC crowd, we’ve lost the culture war.

Fear is in control. Fear of social media backlash drives our decision-making and undermines masculine leadership. Fear is why the Big Ten and PAC-12 canceled their fall sports seasons long before they had to, long before receiving the necessary information to make an informed decision.

The grown men and women in charge of college athletics have no more courage than a Hollywood child actress. The same two tweets that forced Joey King to backpedal strike fear in the hearts and minds of Big Ten and PAC-12 presidents and commissioners.

I’m not going to single any one school president or commissioner out by name. There are no evil, bad people working within college athletics. There’s a corrupt system that promotes fear and criminalizes bold leadership.

High-salaried executives in every industry want to be on the right side of Twitter. A Twitter lynch mob can cost a corporate vice president, CEO, chairman or middle manager his/her job.

The world is in an unprecedented state of upheaval. Fear of COVID is permanently wrecking entire industries. Uncertainty is pervasive. No man wants to go home and tell his family he lost his job. What’s next? No one has an answer.

Executives are making decisions based on self-preservation rather than what’s best for the company. It’s wiser to cancel the season too soon rather than run the risk of being held responsible for the health of an athlete preparing for the season.

All it’s going to take is the death of one college athlete to ignite a blue-check Twitter storm that will bury the career of an athletics director, head coach, school president or conference commissioner.

A hypothetical Johnny or Joanie Washington might catch an asymptomatic case of COVID at their grandmother’s house, report to a workout with a hangover from a night of typical college partying and drop dead running gassers.  Our Twitter-obsessed, clickbait-driven, Trump-deranged media will solely blame COVID and anyone connected to the university the media believes hasn’t expressed enough Corona fear.

Fear is the enemy of progress, rational decision-making. Fear is an unGodly emotion. Fear is evil’s best friend.

“But even if you suffer for doing what is right, God will reward you for it. So don’t worry or be afraid of their threats.” — 1st Peter 3:14

Twitter-based fear is destroying America. How long are we going to allow the algorithms cooked up in Northern California to dictate the behavior of our leaders?

I’m not saying we must play college football. But little kids across the country have been playing baseball, flag football and other sports all summer. Many states are planning on playing high school football. High school athletic directors and school principals don’t answer to Twitter lynch mobs. They’re free to make rational decisions.

We must stand up to the Thought Police. Our national leaders in the sports world need the time and intellectual freedom to make non-fear-based decisions about the future of sports. 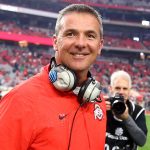 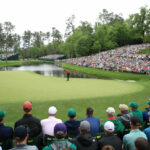