Last week, we took an early look at NBA title futures. This week, offseason moves, rumors, the draft, and a devastating injury to Klay Thompson have shifted the picture. Here’s what they look like right now over at our partners at FanDuel: 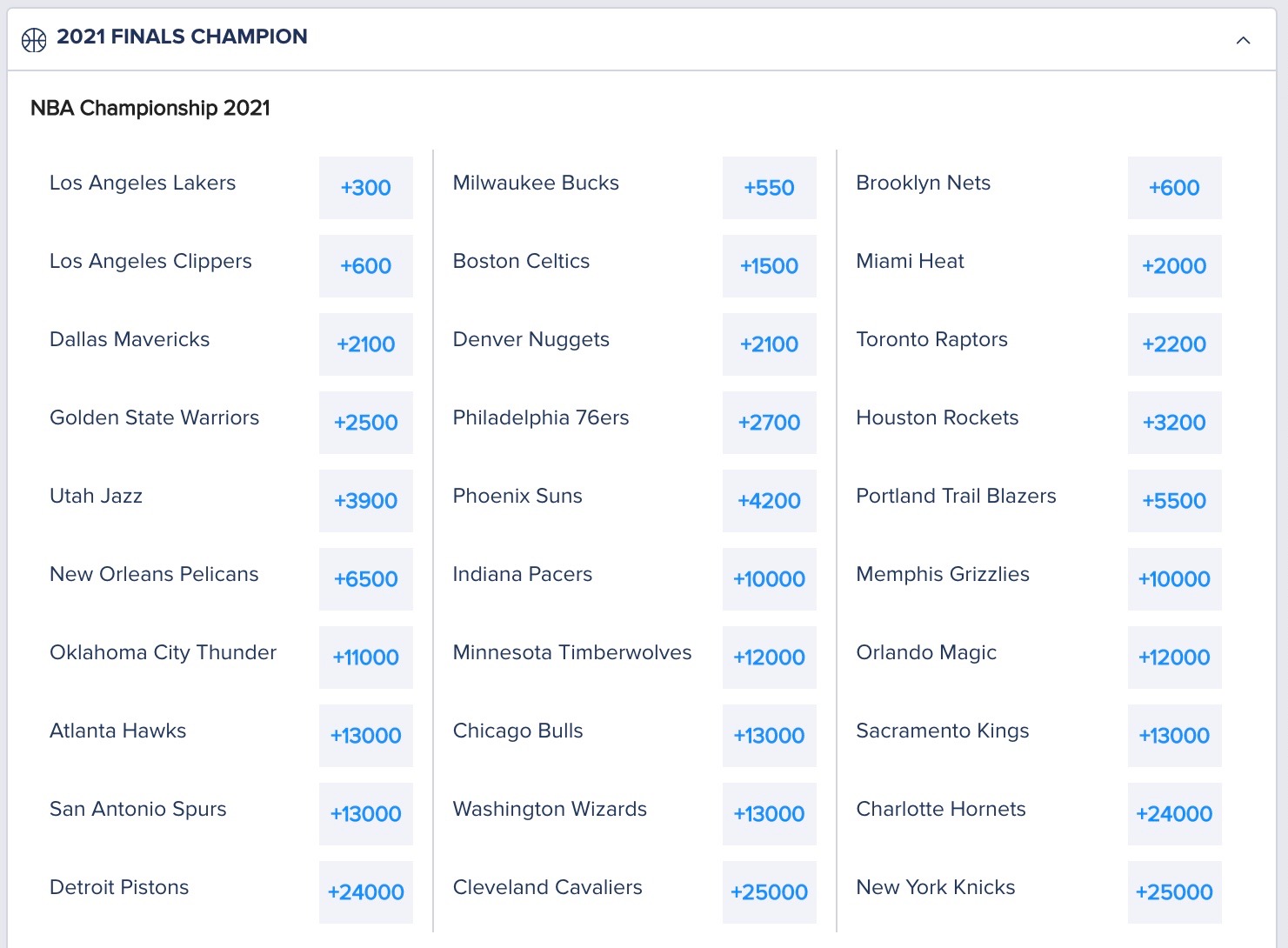 Some notes on the moves:

1) The most dramatic occurred with the Golden State Warriors after the Klay Thompson injury. Last week they were +750, and now they are +2500. There was a point in there, in between when the Thompson injury was announced and the team traded with the Thunder for Kelly Oubre, when Golden State had much longer odds.

2) The Nets have appreciated significantly. Last week they were +950, and now they’re +600. There hasn’t been anything that’s changed with their roster, but rumor has it that they may acquire James Harden from the Rockets. Previously, there were rumors that they could be in the market for Paul George in a deal with the Clippers. If they can add a third star to Kevin Durant and Kyrie Irving, they are going to be an especially exciting story in the East.

3) The Bucks moved up from +650 to +550 after trading away approximately a thousand first round picks and pick swaps to the New Orleans Pelicans for Jrue Holiday. Even after their attempted sign-and-trade acquisition for Bogdan Bogdanovic fell apart this week, the Bucks are in win-now mode, especially with Giannis Antetokounmpo approaching free agency. The stakes for keeping him are absolutely enormous for the franchise. If they lose him after mortgaging their future picks to acquire Holiday, they could very well be in for a decade of irrelevance.

4) In the Western Conference, the Mavs were the biggest beneficiary of the Warriors’ slide in the odds. Dallas went from +2600 to +2100, while the odds for the Lakers and Clippers remained constant at +360 and +600, respectively.

Click here to sign up for FanDuel, and your first bet up to $1,000 will be refunded in site credit if it loses.