Dig deep into your memory bank for the days when Red Lobster served as a fine dining option for your parents’ anniversary dinners. Nothing said married bliss like your dad, Frank, crushing cheddar bay biscuits while your mom, Peggy, waited on her Mai Tai. Romance was in the air that night.

Frank sat there thinking about how many hours he put in at the used car lot to treat Peg to a dinner she patiently waited for all year. It was that one or two times a year she didn’t have dinner ready when his Cutlass Supreme pulled into the driveway. Peg would always ask Frank if they really had the money for such a fancy dinner, especially because Frank insisted on getting an extra order of Snow Crab Legs with his surf & turf feast.

And then, at some point, Red Lobster went from those Frank & Peg anniversary dinners to casual fine dining where people stop to satisfy their farm-raised catfish sweet tooth while on a Sam’s Club run. That transition took another turn today with the announcement that Red Lobster will now serve a Dew Garita on its drink menu.

That’s right, a Mountain Dew, tequila, and a “few other special ingredients,” drink according to USA Today, that will have America hyped after a Lobster Lover’s Dream. From the sound of things, you’ll be able to crush an Ultimate Feast®, a few Dew Garitas, and not even think of hitting the couch when you get home. Instead of snuggling up with your girlfriend Makensie for a Netflix marathon, you’ll go on a Modern Warfare bender.

According to CandyHunting, this is just the start. Red Lobster and Pepsi Co. are teaming up to integrate Pepsi, Frito-Lay, and Quaker products into more menu items. 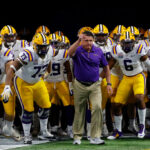 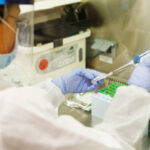