Chargers safety Derwin James has suffered a significant preseason injury for the second year in a row. He and his surgeon have a significant decision to make, and one that will affect this season and potentially his career.

After initial speculation of a hamstring injury was proven incorrect, James is said to have a meniscus tear that needs surgery. His return will depend on whether the arthroscopic surgery is a menisectomy (trim) or repair (sewing).

Last year he had a re-fracture of a 5th metatarsal which cost him most of his sophomore season. His delayed return was the exact timeline that was predicted upon injury.

This year has much more variance and it could be significantly better or worse.

If the meniscus is trimmed, James could be back by October. If the cartilage is repaired, he might miss most if not all of this season. The difference relates to healing time to sew the meniscus versus a trim. This is a huge medical distinction, one that media and lay people often confuse. Sometimes it is reported that a meniscus is “fixed” or “repaired” with surgery but the reality is that it was not sewn.

When one mows the lawn (trim), one can play football on the grass very quickly. When one lays new sod (repair), there is healing involved and a longer delay for return to play. Given that a meniscus has little blood flow (a lawn that is not well watered), that makes healing time for a repair longer like grass roots taking longer to grow in on a dry field.

Most players choose trimming for this quick return but that may not be best for him in the long run due to increased risk of arthritis. Sometimes there is not much choice as the tear may not be amenable to sewing. The type of surgery performed will determine the return timeline.

Adrian Peterson is hailed for his fantastic 2012 recovery from ACL surgery where he gained over 2000 yards. However, few remember his tougher 2016 meniscus repair surgery return. After playing the first two games, Peterson had surgery where he missed three months and returned to one game with only six carries. This is reflective of the long road back for a meniscus repair procedure.

At this point, the Chargers can only hope the tear is small and a trim to be the best plan. If there is a repair, his season is in jeopardy. 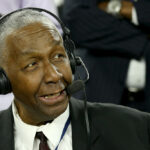 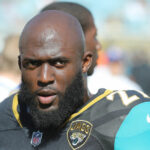