It turns out you guys loved the topic of tipping

There are two ways I know Friday’s edition of Screencaps on tipping was a winner:

• Jake H. in Utah who is a VP of a credit union — I believe it was the HR lady at his office who created half of my Linkedin profile title —  writes:

The Tip Rants were perfect for today! In addition to my fancy title at the credit union, my brother and I own and operate a local pizza shop (Pizza So Good, It’s Taboo!) where we purposefully DO NOT ALLOW TIPS! We both hate tipping non-service employees with a passion and we’ve had people over the years absolutely furious at us that we don’t allow them to tip us.

Our response is that we pay our staff well and that’s reflected in the price you pay for your pizza. I don’t care about the social pressure, I don’t tip unless they’ve gone above and beyond what was expected of them, and I know what’s expected of them.

As a side note, can you imagine being asked to tip at your Credit Union for people literally giving you money, even if it is your own money!

Why should we tip in advance for ANYTHING?  Isn’t it a bonus for a job done correctly and promptly?  I feel as if we don’t tip in advance then maybe there’s an implied threat of inferior service.

I also suspect that the workers are taxed and tip pooled with those in back of the house or don’t even see the tip it all unless it’s cash hand to hand. I’ve noticed the difference in giving cash or adding it to my credit card online.

First of all, Mikayla Demaiter is just unfair.  Second, at restaurants/bars I usually tip 20%.

Have a great weekend!!

Listen, I know this tipping thing probably comes off as if I’m anti-tipping and I’m the bad guy for even bringing it up. Last night, I tipped 20% at the hair salon. Then I tipped 20% at dinner. I’ve tipped guys expensive bottles of booze for jobs well done. There were periods of my Internet career when my FedEx guy was delivering so much alcohol from brands looking for coverage that I would just give him bottles for Christmas.

You better believe that FedEx guy took great care of my packages.

Like the rest of you, I’m shook over the level of tipping with the card readers where you’re made to feel like an asshole if you don’t tip the person for literally not doing anything.

Didn’t mow tonight unfortunately after really hitting my stride over the last 2-3 weeks or so. I think I have an acceptable excuse.

A little back story:

I’m 29 and attended a small private high school. When I was 16 and entering my junior year, the football program was disbanded. This was due to only 15 guys wanting to play. This was a bad time for the school and there was a lot of heartburn over how everything went down. Fast forward to now, enrollment is back up and football is back (8-man). What started as volunteering with varsity, has ended with me coaching middle school, despite never coaching before.

Both varsity and middle school are playing 8-man. Tonight was the first middle school game. We played a vastly superior team in terms of size, numbers, and experience. Our biggest guys were average compared to the other team and I had one kid on my team that has experience with organized football of any kind. This was the first contact and game for all these kids and it was a real wake-up call. Needless to say, we were down 40-0 at halftime.

They could have called it quits, but instead, they fought, hustled, and never quit. The final score was 40-14. Kids were making plays on offense and defense and encouraging each to the point that you couldn’t tell they were down 3+ scores.

I’m very proud of them and can’t wait to see how much they improve as the season progresses. In addition to it being sports related, I also think coaching middle schoolers counts as doing hard things, but I probably had more fun than they did tonight.

My dad checks in from his yearly Ontario fishing trip

My dad and his buddies have spent the week in Ontario, north of Lake Superior, enjoying Pure Canada at a fly-in camp where they hammered the walleye, sat around telling stories and enjoying the solitude of a week on the water.

Yes, you can catch plenty of walleye on Lake Erie and northern pike all over Michigan and spend a little less, but for these guys there’s been something about heading into Canadian waters for the past 30-plus years. 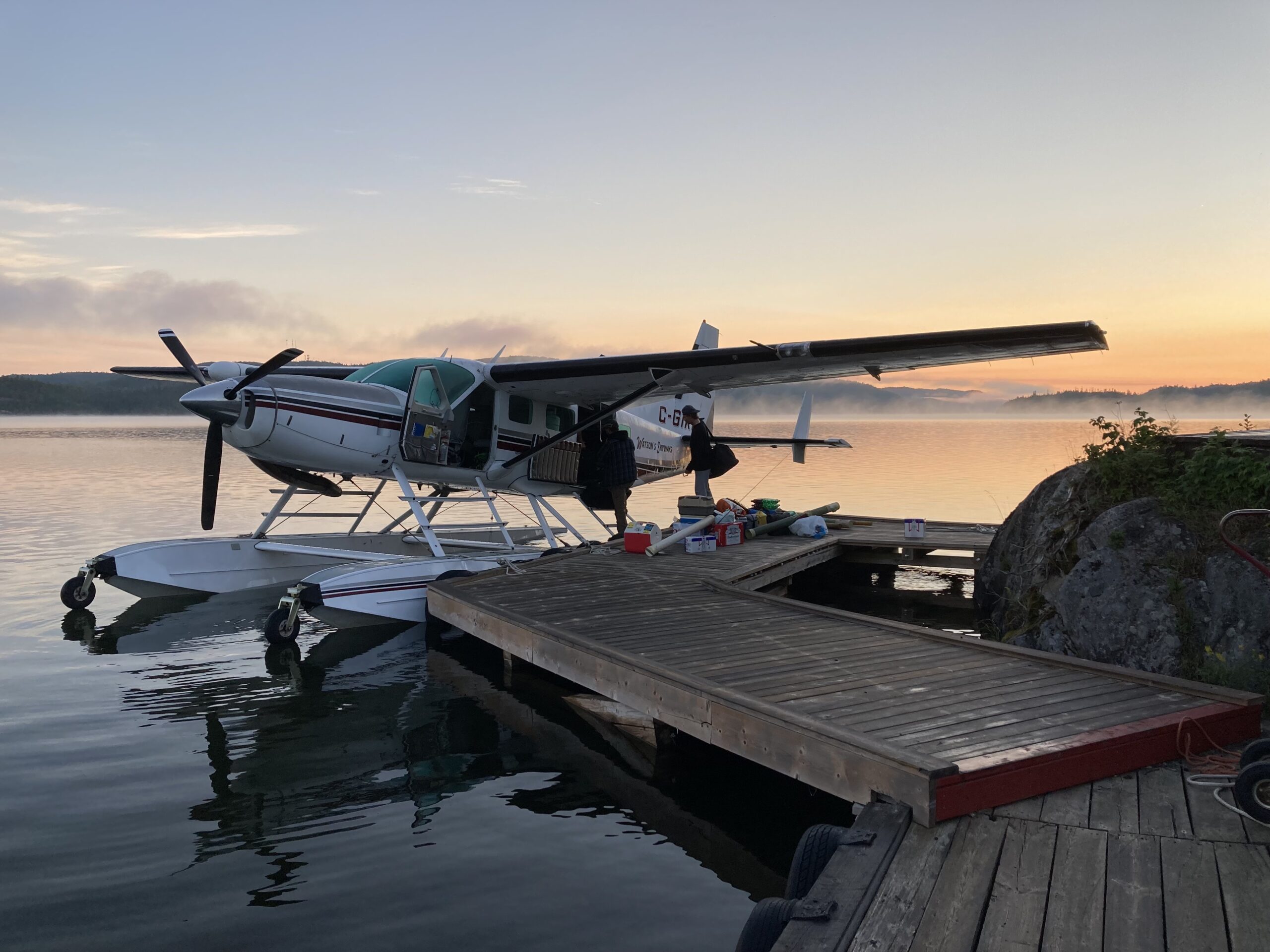 Numbers heading into the football season

• Numbers guy Pete G. is back as we prepare for football across this country. Those of you who aren’t familiar with Pete are in for a treat.

This is Pete from Arizona. I sent you a few previous things you posted. One was info on my now 35 year Fantasy Football league (was 34 when I sent it last year) and I also sent you a couple ‘numbers’ articles with some random stats including before and after the Final 4. Got some new random football number stuff for you as we get set to start the college and NFL seasons. Take care, keep up the great work.

1 – Total football wins last year for UConn, UMass, the University of Arizona and Florida International as they all went 1-11.

4 – total combined wins the past 2 seasons for those same 4 schools listed directly above since they all also went winless in the shortened 2020 season except UConn, which didn’t play at all.

9 – Interceptions thrown by John Reaves of the University of Florida in one game in 1969. That will hurt your QB stats.

10 – Number of total LOSSES for Alabama over the past 8 seasons.

10 – Number of total combined WINS the past 3 seasons for UMass, UConn and the University of Arizona.

11 – Number of consecutive seasons the University of Alabama has lost 2 or LESS games in a season.

40 – Number of points scored in one NFL football game by one person (Ernie Nevers in 1929). In the modern era, the record is 36 shared by Gale Sayers and Alvin Kamara.

55 – Number of seasons without going to a single Super Bowl (Detroit Lions), longest in the NFL. This season will be Super Bowl 56.

241 – Longest active streak in the NFL of consecutive games played – Mason Crosby of the Packers.

299 – Brett Favre’s record streak of consecutive NFL games played by a player other than a kicker. Walter Payton had 170 for RB’s, Tim Brown 176 for Wr’s and Jason Witton 179 for TE’s to lead those positions.

352 – NFL Record for most consecutive games played (Jeff Feagles – Punter – Eagles). To break that record, you would need someone to play 18 games a season for 19.5 consecutive years without missing a game. Yeah, not thinking that is going to happen.

734 – NCAA division 1 record for passing yards in one game by Connor Halliday of Washington St. in 2014 in a 60-59 loss to California and QB Jared Goff.

1936 – The year the NFL had their first-ever draft. The 1st player drafted that actually played was QB Riley Smith from Alabama by the Boston Redskins. He was the 2nd player drafted. The first overall pick, Heisman Trophy winner Jay Berwanger, could not come to agreement on a contract so never played.

1948-1950 – believed to be when linebacker Don ‘Red’ Ettinger of the University of Kansas had the first ever ‘Blitz’ in football. It was initially called the ‘Red Dog’ based on Ettinger’s nickname before eventually being called a ‘Blitz’.

2,100 – Number of days since the University of Arizona last beat Arizona St. in football. Is this the longest active streak in D-1 college football for one arch-rival dominating another in a yearly series (5 straight wins for Arizona St.)?  There has to be others I would think? It could have been our very own Joe Kinsey’s Ohio State Buckeyes with their 8-year win streak over Michigan until last year happened. 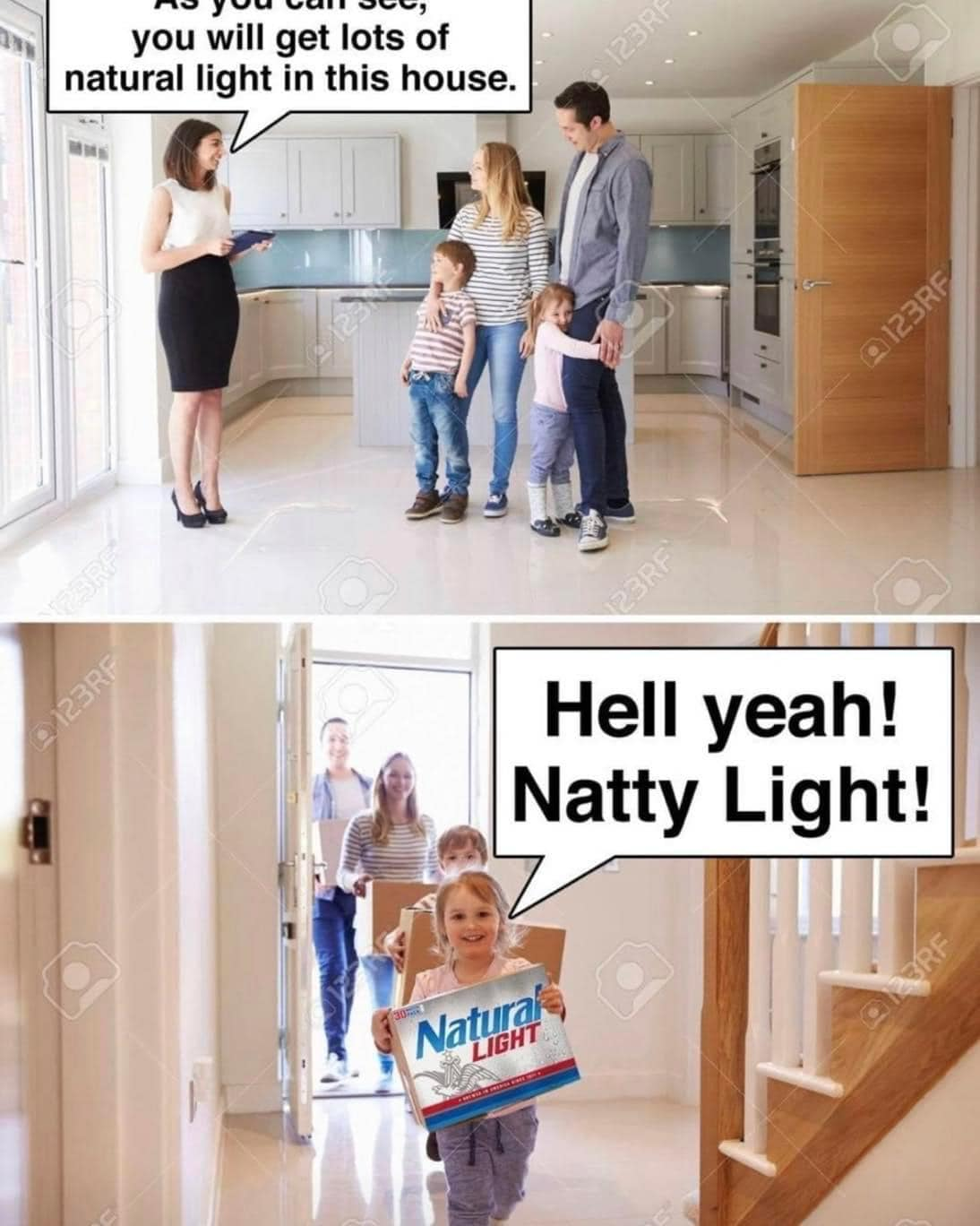 And with that, let’s get rolling. I need to get the patio cleaned up and touch up a few things before the kids kick off a pool and college football Saturday.

Have a great weekend and we’ll get after it on Monday.

I can’t lose in these shoes. MJ FOREVER. #DripBayless pic.twitter.com/lw4VYcArWO

Enjoying a wonderful night on the deck with Mrs. KaBong when this happens. We mow on Thursdays to be good neighbors. @OutKickTNML @JoeKinseyexp #summerofthepatio pic.twitter.com/PEIN4JnR27

Used car prices are out of control. https://t.co/6AG2oxX2gA

the first Guinness World Records book was released on this day in 1955, we're 67 today!https://t.co/YMebplfxay pic.twitter.com/DT3te2DVoO

On this #NationalDogDay we celebrate our cherished #K9 partners who serve alongside our men and women in the line of duty. @CBP K9s play a critical role in our mission to safeguard our homeland by detecting narcotics, concealed humans, currency, firearms, & agriculture products. pic.twitter.com/pxzPmpzlky

Chicken Tender is the Night pic.twitter.com/q2y6QZZQlh

Get someone that looks at you the way Dale Earnhardt looked at a sandwich pic.twitter.com/XYJTP5xWpk