Defending democracy is vital, but @KingJames only talks loud in the US. On China, not only is he silent, he actively shuts others up. He called @dmorey "misinformed" and "not really educated" for supporting #HongKong. All he cares about is money, not human rights. Hypocritical. https://t.co/vxVMWIjsjY

While LeBron stans are rushing to his defense and are outraged, Wong is correct. He used actual facts. LeBron prides himself on being “more than an athlete,” a role model, someone who stands up for what’s right and who won’t be silent. That is unless, of course, it could cost him money. At that point, he’ll go quiet. LeBron proved the checks, to him, are more important than change.

This past fall was an unmasking of LeBron showing just what type of hypocrite he is. LeBron is not “more than an athlete” when it comes to the Communist Party of China. As Wong accurately pointed out, LeBron didn’t just bend the knee to the Chinese dictators, he tried to silence the critics. When trying to shut Daryl Morey up, LeBron called him uneducated on the situation. LeBron never explained why he, not Morey, is an expert on international relations — but he didn’t need to. It’s just true, his supporters in the media yelled.

“We all talk about this freedom of speech, yes we all do have freedom of speech, but at times there are ramifications for the negative that can happen when you’re not thinking about others,” LeBron said in October. “When you only think about yourself.”

Don’t “only think about yourself!” Translation: don’t do anything that could decrease LeBron’s year-over-year income. It’s selfish.

LeBron has never been this era’s Muhammad Ali. Ali risked imprisonment for what he believed in. What has LeBron risked? His opinions, or lack thereof, on important issues are predicated on what they’ll do for Nike. If they’ll be accepted on social media and by his supporters. Which, as we now know, doesn’t include worldwide democracy.

This doesn’t mean LeBron doesn’t care about racial injustice and voter suppression, I’m sure, like most, he does. However, he’s far from a defender of democracy and an advocate of human rights. To carry those titles, the causes have to mean more to you than shoe sales and ensuring Space Jam 2 is released in China. 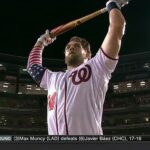 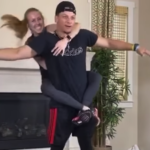