How much does it cost to recruit at the top of the college football world? At the University of Georgia, the price tag in 2019 ran $3.7 million, according to documents obtained by the Athens Banner-Herald. Some of the more interesting costs from that $3.7 million tab include arcade games, aerial cinematography, and all the way down to a $9.99 XBox subscription.

There’s also the charge for Kirby Smart’s helicopter. $83,260 was spent on using the Kirby Copter to fly around and visit with recruits. Georgia football coaches flew 140 charter flights that totaled $850,610, including $28,208 for a Boston to Sarasota, Fla. flight. Georgia football does not have its own airplane.

Recruiting never stops. The Kirby Copter is all over the state today. This video was taken at North Gwinnett High School this morning. #UGA #crootin pic.twitter.com/nZ6E73VpjB

What’s the cost when a big recruit comes in for a visit? For Georgia running back Kendall Milton’s visit that meant “a meal of $164.64 along with another $2,177 in charges as running back Dell McGee and then director of player personnel Marshall Malchow were among those spending time with the four-star prospect from Clovis, Calif.,” the Banner-Herald reported.

According to 24/7, Georgia spends the most money on recruiting of any team in college football. Alabama is second at $2.3 million. Tennessee is No. 3, then Texas and Clemson. Of course all of this changes now that COVID-19 has changed the world of money and college football teams facing massive deficits due to empty stadiums and games not played. Michigan was projecting a $100 million loss before the Big Ten announced it would attempt to play a fall season.

The Banner-Herald reports UGA was on target to spend $9.5 million less between April and August 2020 compared to 2019. Go read the full report. It’s pretty fascinating how these schools spend money. 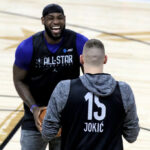 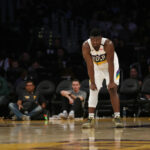