What a night, what a night. Emotions were high during the Presidential debate. I’m talking emotions at an all-time high even to the point where Hassan Whiteside of the Portland Trail Blazers allegedly sent out a tweet saying “i can’t do this for four more years f–k America bro im moving to Hawaii.”

Whiteside, not exactly known as a target for fake tweet creators out there, then went on to claim #fakenews.

“This photoshopped more Fake news i see It’s not even 9:36 where I’m at,” Whiteside proclaimed as his defense for not knowing Hawaii is part of the United States. A quick check of his Instagram account shows Whiteside was in Seattle Tuesday.

Whether it’s fake or not, moving to Hawaii doesn’t sound like a horrible idea to me. Think about that six hour time difference for watching football on Sundays. You get up at 8 a.m., pound kegs and eggs, watch the early NFL games and you’re ultimately done with the NFL by like 5 and you’re at the beach finishing off the day.

Hassan Whiteside says he’s going to move out of the country. 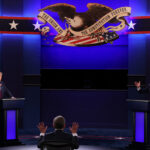 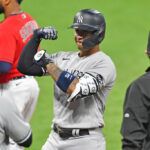