The WWE was very much ‘Back in Business’ on Saturday night at Raymond James Stadium in Tampa, Florida. For the first time in two years, fans were on hand for the company’s biggest event of the season.

There will be another seven matches on Sunday night, highlighted by a three-way for the Universal Championship between champion Roman Reigns, Royal Rumble winner Edge and fan favorite Daniel Bryan, but more on that later.

Here’s the complete card for tonight’s show in Tampa:

Here’s a quick breakdown on what to expect tonight and who we think will walk away with victories in the huge event:

This match has all the makings of Paul, a YouTube star, turning on Zayn, who has been calling him out on social media for the last month.

Owens and Zayn have wrestled a ton over the years, so having a good match shouldn’t be anything new, but the insertion of Paul into the mix means that the ending should have a different look to it.

Expect a 7-9 minute back and forth slugfest between these two long time friends/rivals. Owens should win, however, after Paul helps him out in some regard. 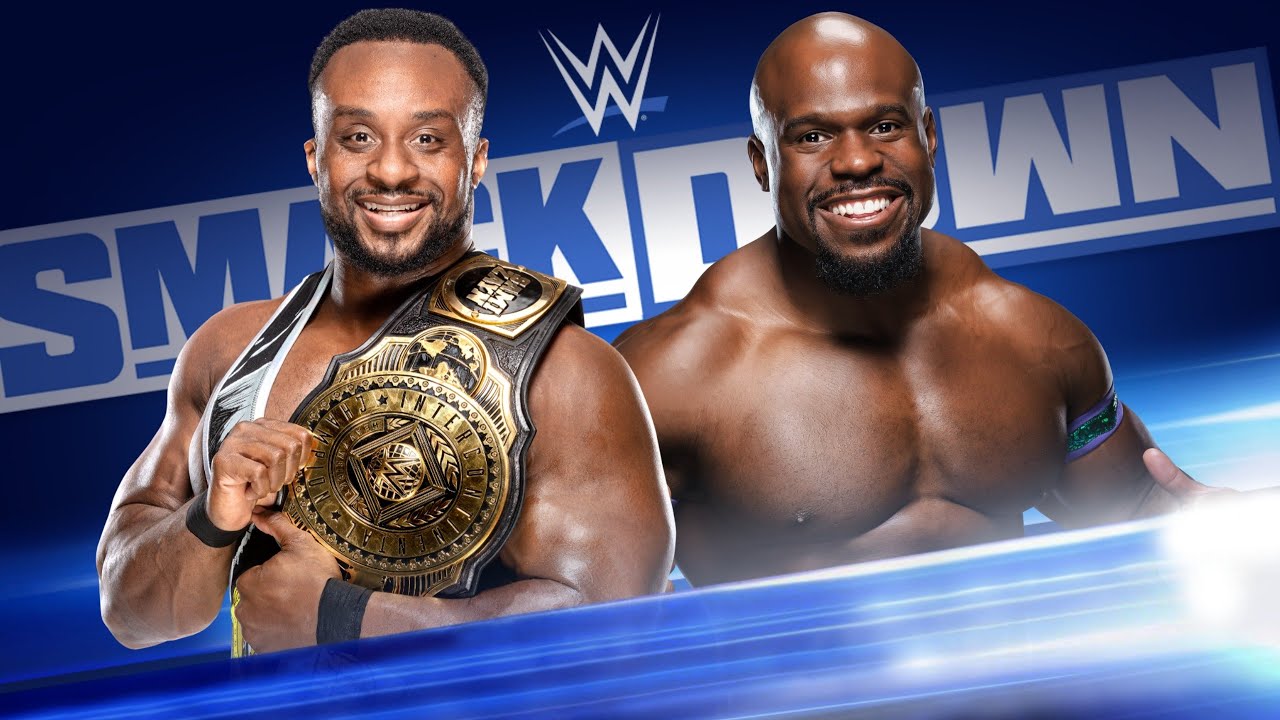 Big E and Crews have had a couple good matches already with the belt on the line, and tonight should be another solid back and forth between the pair.

The match is being called a “Nigerian Drum Fight.” Though no one truly knows what that means, obviously a drum is likely to be involved. (I know, really going out on a limb here, right?)

To me it’s just a better match having these two big men go at it, but we will see whether the stip winds up finally giving Crews the edge to win the belt. My bet is yes. 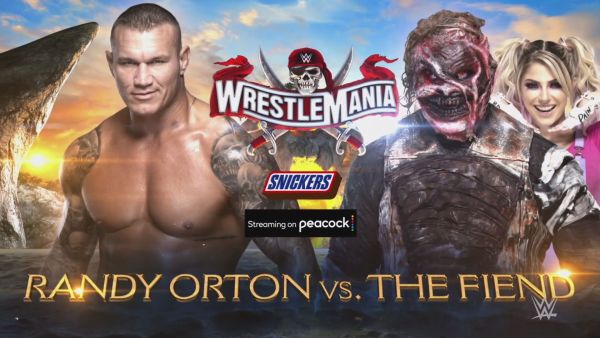 The feud that just won’t end.

Wyatt, who was set on fire and burned to a crisp by Orton a few months ago (yes this is a real WWE storyline), is back and has a new look that resembles something out of a Michael Myers movie.

The interesting thing about this feud is that it’s been very scripted with a lot of Hollywood touches to it, yet tonight’s match is currently nothing more than a basic wrestling match.

You can bet that Alexa Bliss, who has been very involved in this feud, will have something to do with the outcome. 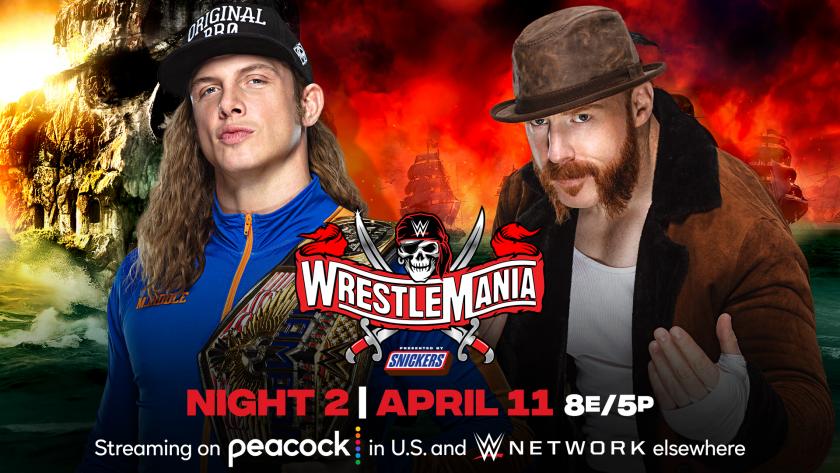 Riddle has been gaining a lot of momentum over the last two months or so, and it’s hard to think that they would do anything here but allow him to go over clean on Sheamus.

This isn’t to say Sheamus won’t give him a good match, but it’s Riddle’s time to shine. It’s his first Wrestlemania appearance, though Sheamus will give his usual heel tactics to give a good show. 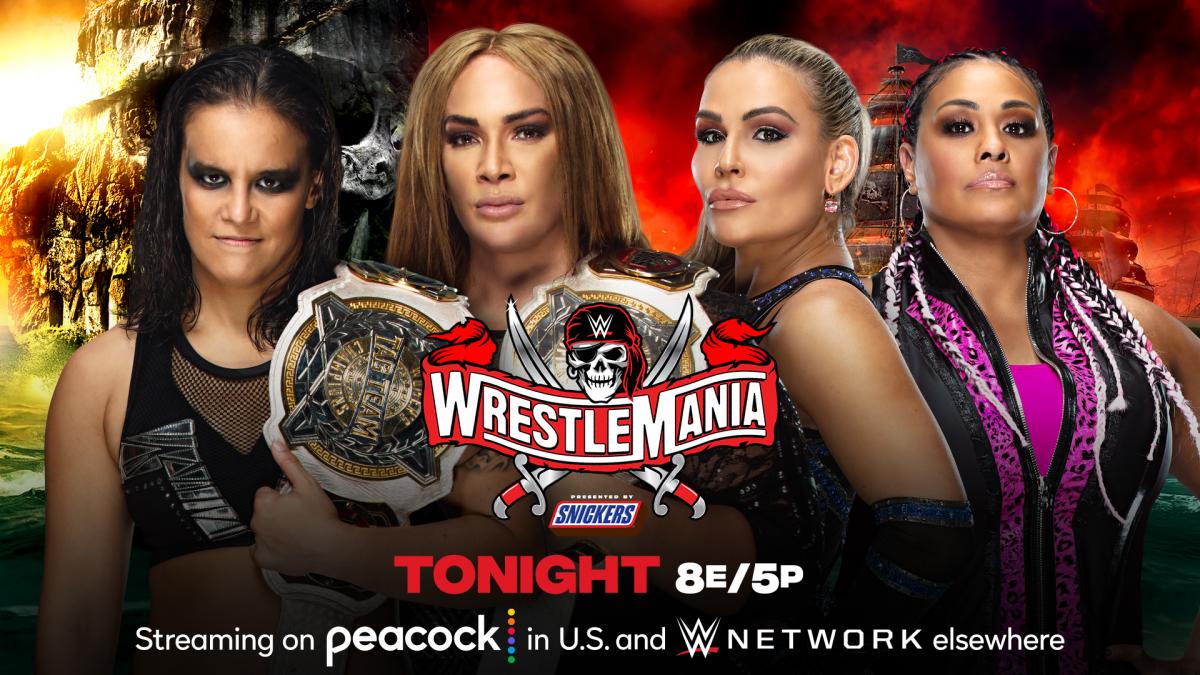 Many had Lana and Naomi taking home the tag team turmoil on Saturday to set up a match tonight, but instead Natalya & Tamina snuck in to get the surprise win.

There could be a surprise ending here in that it might be time to break up Jax and Baszler, who were rivals at one point.

Natalya has truly never had a ‘Wrestlemania’ moment, and tonight could clearly be her night if the above prediction comes true. 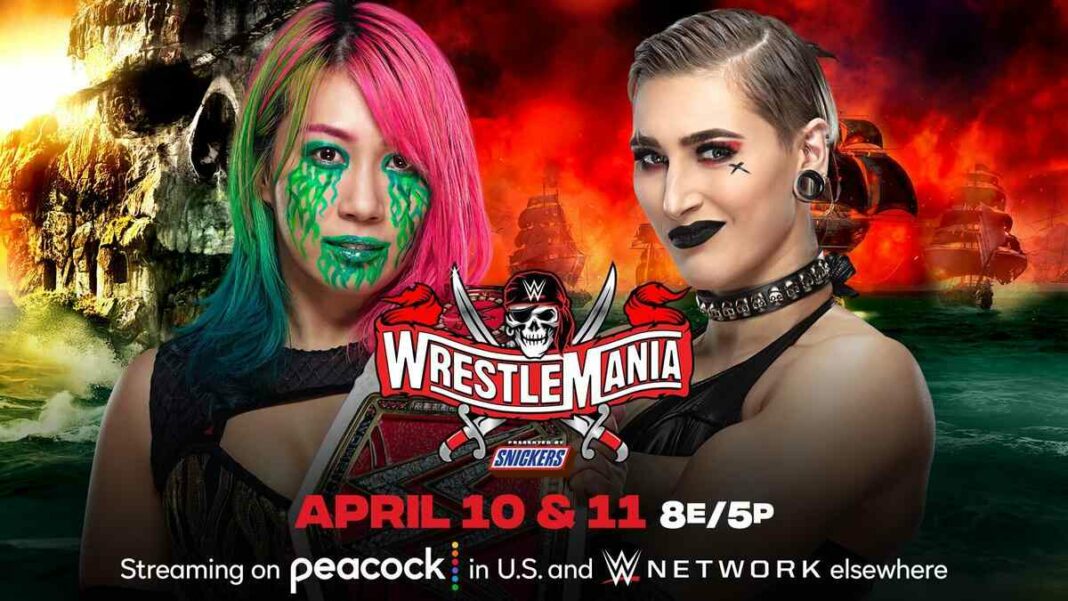 Last year in NXT, Ripley was more than a worthy opponent for Charlotte Flair, despite the losing effort.

Now she is a ‘heel’ as she turned on Asuka Monday night during the go-home RAW, and we shall see if that changes her outlook for this match.

There have been rumors over the last few days of a return of one of the big women superstars – perhaps Becky Lynch or even Ronda Rousey.

Let’s pretend for now that doesn’t happen and it’s just a good old fashioned women’s battle. In this case, with the character change and the push she’s gotten, you have to go with Ripley, who along with Belair on the Smackdown side, gives a new look to the women’s belts. 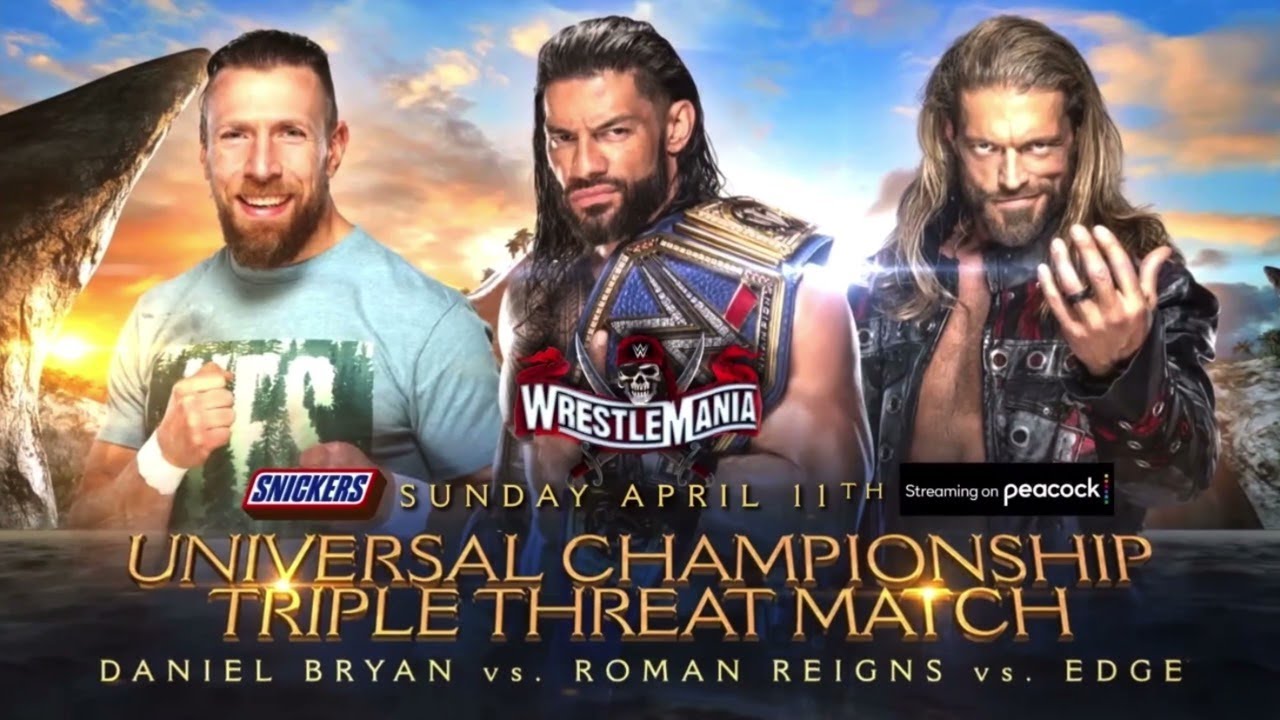 Have a good time trying to figure out who is going to walk away with the belt after this one.

But then again, that’s what makes this match a ‘must see.’ It should be a solid, knockdown drag out affair between three solid wrestlers.

The insertion of Bryan into the match reminds a lot of fans of what took place prior to Wrestlemania 30 when he won both belts.

That doesn’t automatically mean he’ll take home the belt tonight, but in the end, if Vince McMahon wants to send the crowd home happy, that’ll be the storyline.

On the other hand, Reigns has been the face of the company since his return. He was once booed every time he appeared, but he has since become a heel who is now in his rightful spot.

He should win this match, and he’ll have deserved it if they go in that direction.

Many felt when Edge won the Rumble that he would go on to win the belt, but instead it’s been an odd transition, and he’s now really working as a heel the way he’s gone after both Reigns and Bryan.

If booked right, this will be a fun match that should have plenty of high spots and hopefully a few surprises.