Oregon man Jeffrey Cannon, 41, probably thought the police would never suspect him of drunk driving because he has a “Not drunk, avoiding potholes” sticker prominently displayed on the trunk of his red Volkswagon Jetta. Nothing stands out this time of year in dreary Oregon like a red Jetta and a “Not drunk…” sticker.

I think you know where this story is headed. Yes, a Clackamas County sheriff’s deputy got behind Jeff’s Jetta, and that’s when the trouble started for Mr. Cannon. The deputy pulled him over, Jeff’s Jetta rolled into the sheriff’s car and it turns out Jeff had a Busch Light in his cupholder.

Seriously Jeff, WTF were you thinking? You’re crushing Lattes with a “Not drunk, avoiding potholes” sticker and the Latte in the cupholder? Not cool.

Jeff also had a loaded Glock without a serial number, multiple empties, and some cocaine. He then told the cop he was planning on partying. Oh, you think? Yes, Jeff’s a felon, driving on a suspended license and blew a .220.

When asked how he performed on the field sobriety test, Cannon responded, “Not good,” according to the deputy’s report.

If you’re looking for the “Not Drunk, avoiding potholes” bumper sticker, it looks like they’ll run you $4 over on Amazon. Just don’t go putting it on your red car. You’re a sitting duck. Don’t be Jeff, unless you’re doing it safely via Uber. 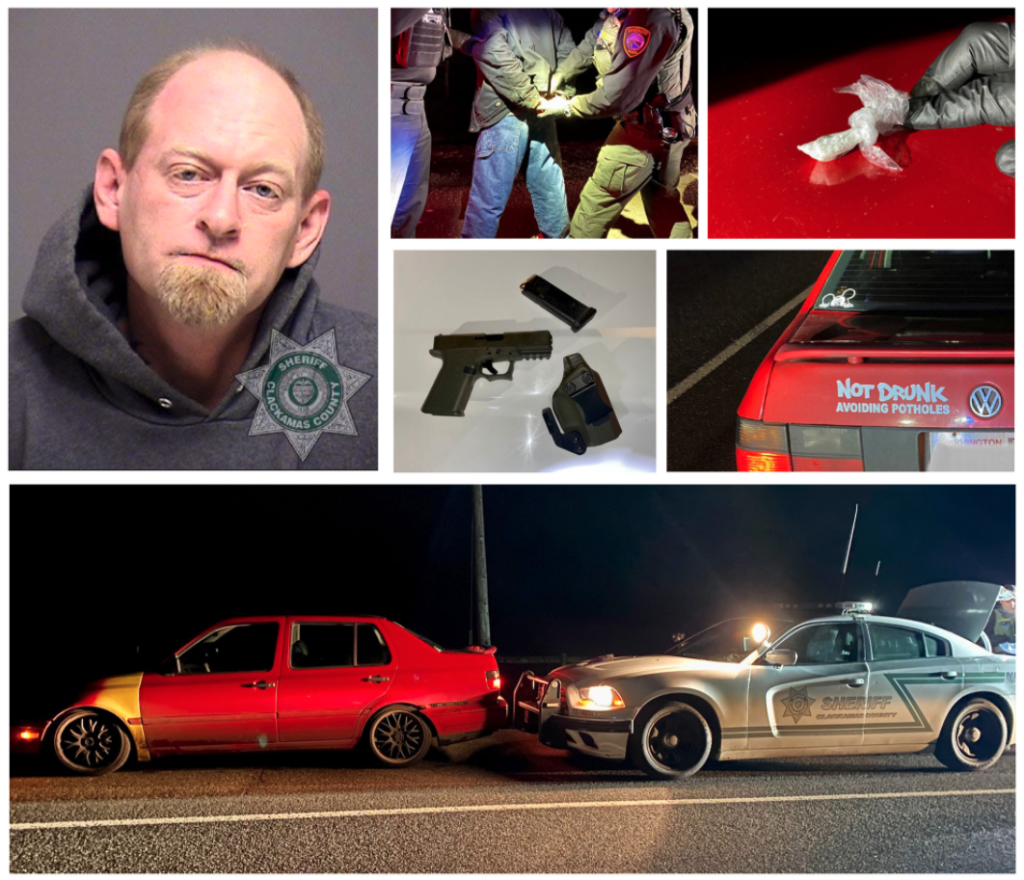