There’s an unnamed IGA out there that is missing out on a massive surge in free publicity thanks to a steak, tater and beer dinner pack that has the Internet fired up over everything from the food choices, to the beer choice, to the packaging material used. This is pretty much the perfect storm to fire up debate on social media. I’ve even seen people arguing over the cut of steak & how much it would cost on its own. Nothing gets guys fired up these days like good ol’ fashioned beer snobs lecturing people on the beer they drink.

There is a genius at this IGA who needs to be recognized for his/her work.

It appears the package deal costs somewhere in the $25 range. I zoomed in and might see $25.99. Whatever the case, you can do the math in your head depending on steak prices in your neck of the woods.

Do you know the IGA selling the Essentials? Let me know. Let’s give them credit for this ingenious creation. Send word: @JoeKinseyexp 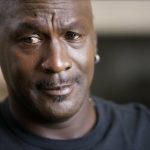 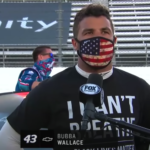