Remember the days when Spirit Airlines passengers had some decency and waited to fire up a cig until they got to one of those glass cig enclosures in an airport terminal? It appears those days are coming to an end for Spirit passengers, especially the woman who fired up a heater after landing at Fort Lauderdale International after flying from Detroit.

“It’s been a long day,” the woman says when questioned about hammering the cig in direct violation of FAA rules.

A Broward County Sheriff eventually makes his way onto the flight and escorts ‘Debbie’ off the flight. “On scene, deputies met with Spirit Airlines employees and were advised that they wanted a female passenger removed from the plane for smoking. Deputies made contact with the request, and no arrest was made,” Broward County said in a statement.

Spirit’s communications team was fully prepared for such an incident. “Flight Attendants noticed the odor and the other guests were quick to point out who was responsible and hand over what remained of the extinguished cigarette. Our crew summoned law enforcement officers to have them waiting at the gate to remove the passenger,” the company said.

It’s just the price of doing business when you’re the Greyhound of the Skies®.

The good news here is that the flight crew didn’t have to summon a crew to clean up spilled blood from a passenger fight.

You know what I could go for? A documentary on Spirit flights. Or a Spirit reality show like Cops. Better yet, a reality show like Live PD where Dan Abrams works in the command center and sends it to a Philly-Tampa flight where fists are about to fly. The Greyhound of the Skies® has plenty of content on a Friday night to drive a live show.

Give me these three in a studio watching Spirit Airline webcams: 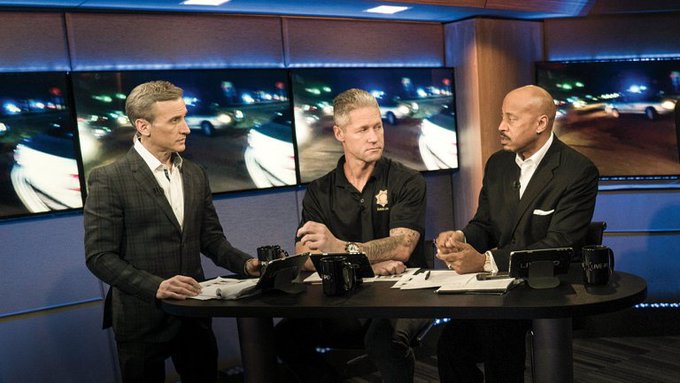