Six years ago, I bought the Michael Brown “hands up, don’t shoot” narrative. I bought the act of Twitter activist Shaun King, too. Through King, I donated $1,000 to support Michael Brown’s mother on an alleged overseas trip to speak about racial injustice.

A lot changed over the subsequent six years. I spent an afternoon in Los Angeles interviewing King inside the offices of The Undefeated. Fraudulence oozed from his pores. A diligent reporter exposed his birth certificate and pictures of his white father. I realized King was a race hoax, Talcum X.

More important, the Department of Justice, under the guidance of President Barack Obama and attorney general Eric Holder, unearthed the facts regarding Michael Brown’s shooting. Brown didn’t have his hands up. Brown reached inside officer Darren Wilson’s patrol car and tussled with Wilson for control of his gun. Wilson shot Brown while Brown was running toward the officer.

I now no longer pretend Michael Brown was an innocent victim of police brutality. The facts do not support that bogus narrative. These facts were made public more than four years ago.

Has someone or some organization asked Popovich to irresponsibly spew racial conspiracy theories? Racial unrest and violence have rocked this country for two months. Why would Popovich agitate an already tense situation with lies?

Here’s part of what Popovich said unprompted as a way of remembering the six-year anniversary of Brown’s death.

“This was a young man who had just graduated from high school about a week earlier, I think,” Popovich told reporters inside the Orlando bubble. “There was some sort of altercation that everybody has not agreed upon yet. But that fact that is agreed upon is this is a young man with his hands in the air, running from the officer, running away, and received six shots in the back that killed him.

Brown was not shot in the back. According to forensic evidence, all six bullets entered Brown from the front as he charged toward Wilson.

He’s not alone. His ignorance mirrors the ignorance of the overwhelming majority of the athletes and coaches swallowing the Black Lives Matter narrative. They’re uninformed. They’re stirring racial animus because it’s good for their brand or because supporting Black Lives Matter is a way to conceal their anti-black bigotry.

A week ago, Popovich responded to a reporter’s question about guard Marco Belinelli’s status by retelling a voter suppression story from 120 years ago. The state of North Carolina passed a law requiring a literacy test for all voters that was clearly aimed at black people.

Pop’s angry woke rants are popular with the mainstream media and the blogosphere. Why?

A coach preaches to his players to let go of the past and focus on the opportunities in front of them. A great player mentally lets go of a bad play so that he can take advantage of the next opportunity to contribute.

Why are Popovich and other angry white liberals constantly pushing black people to hold onto the wrongs of the past? Is any other group repeatedly asked to do this by outside forces? Has Popovich ever climbed on his high horse and ranted about the crimes committed against Jewish people or Japanese people or Italians?

A group of Americans changed the literacy laws to the point that our country elected Barack Obama twice to our highest office. Why not champion those people? Why tell a negative story when you have a chance to tell a positive story? Isn’t that more effective leadership?

Popovich’s actions create the impression that he wants black people angry, emotional and looking in the rearview mirror. You can’t see what’s in front of you when you’re obsessed with what’s behind you.

We ascribe good intentions to liberals. We’ve been programmed to believe their mistakes are the result of unintended consequences. I used to think that way. Now I don’t.

The pervasive police hostility has elevated violent crime in poor black communities. Murder rates are climbing in Chicago, New York, Atlanta, Los Angeles and other major cities. Police can’t protect our most vulnerable citizens because their communities are seething with an irrational level of anger toward law enforcement that has been promoted by Popovich, Steve Kerr and their comrades in the media.

Police rarely kill American citizens. That’s an indisputable fact that Popovich knows. He also knows that any citizen — regardless of color — who complies with police has virtually no chance of being physically harmed by law enforcement. There were two other black people in the car with George Floyd. Nothing happened to them.

A reporter inside the Orlando bubble should ask Gregg Popovich why he lied about Michael Brown’s encounter with Darren Wilson.

I don’t believe it was an accident. The smartest coach in basketball isn’t that stupid. 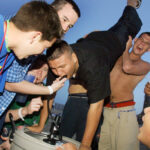 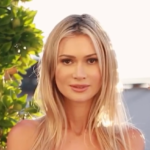