Greg earned the 2007 Peter Lisagor Award as the best sports columnist in the Chicagoland area for his work with the Chicago Sun-Times, where he started as a college football writer in 1997 before becoming a general columnist in 2003. He also won a Lisagor in 2016 for his commentary in RollingStone.com and The Guardian. Couch penned articles and columns for CNN.com/Bleacher Report, AOL Fanhouse, and The Sporting News and contributed as a writer and on-air analyst for FoxSports.com and Fox Sports 1 TV. In his journalistic roles, Couch has covered the grandest stages of tennis from Wimbledon to the Olympics, among numerous national and international sporting spectacles. He also won first place awards from the U.S. Tennis Writers Association for his event coverage and column writing on the sport in 2010. 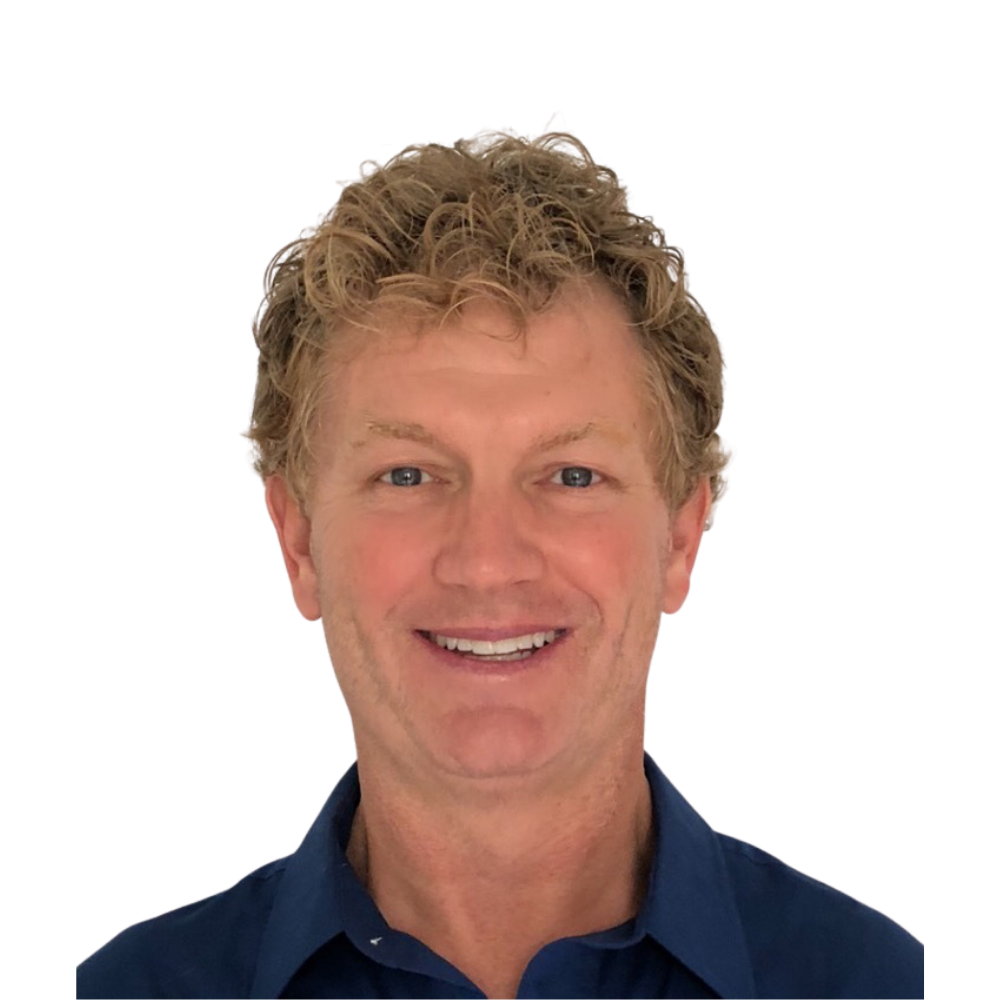 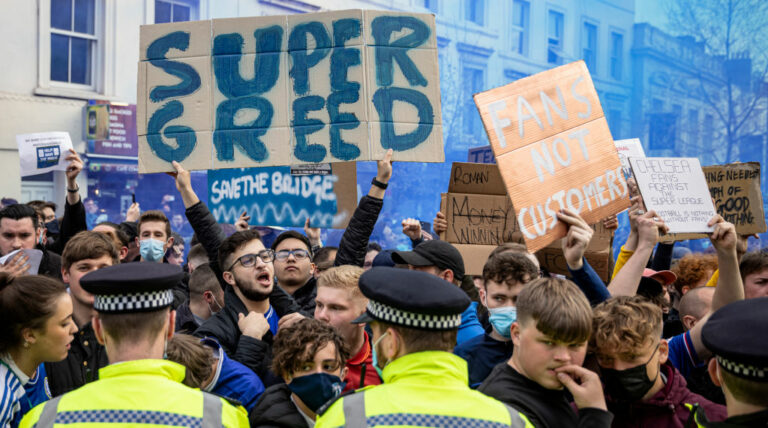 And to think, I never even got a chance to buy a Super League t-shirt. The Super League of European soccer came and went faster than you could say XFL. On Sunday, the rich and powerful team owners formed a cartel and announced that they were going to hoard the TV money every year and More 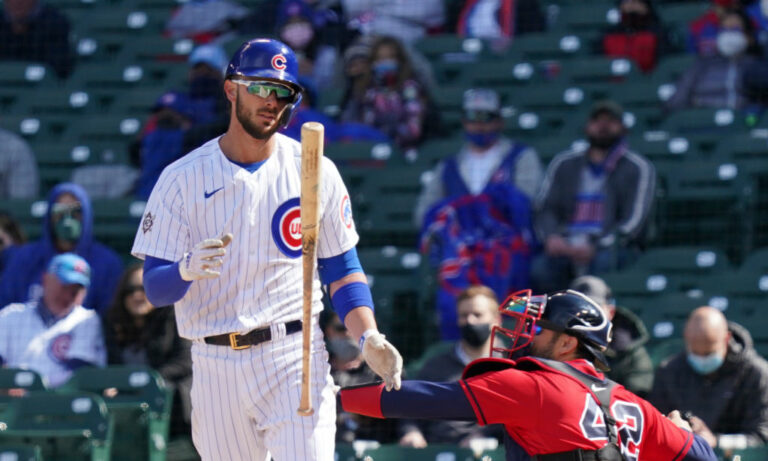 Couch: Baseball’s Big Problem Is This Many Ks Is Not OK

Things develop slowly in a baseball season. Trends emerge over days, weeks. You can’t draw conclusions from any one moment. And each individual game is like a season in miniature, developing slowly. One pitch at a time. You hold your breath waiting for something to happen. Baseball may be measured in patience, but I don’t have enough of it for this. Nobody does. I can only hold my breath so long. Baseball is just so boring, and it’s only getting worse. Just look at this past weekend. You can see that baseball has now gone past its tipping point. The game is almost unwatchable. On Sunday, Cleveland pitcher Shane Bieber struck out 13 batters to become the first pitcher with at least 10 strikeouts in each of his first four starts to a season. Strikeouts used to be thrilling. Now, they’re just more time that the ball isn’t in play. It’s all home runs or strikeouts, and nothing in between except long, boring expanses of time and space. Nothing is happening, but the games are taking longer and longer, stretching well past three hours. The New York Yankees were supposed to be the best team in the American League this […] 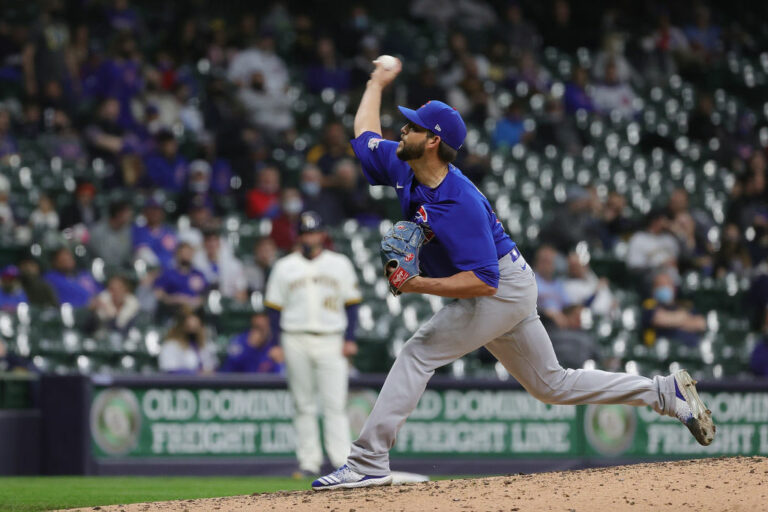 Couch: The Brewers Deserved To Get Hit By A Pitch. That’s F’d Up, But True.

A baseball is hard and when it’s thrown at someone intentionally at 95 mph, it can be like a weapon and endanger a batter’s career. So I understand the reaction from Milwaukee’s Brandon Woodruff Tuesday, after Chicago Cubs pitcher Ryan Tepera clearly tried to hit him with a pitch. Woodruff looked at Tepera and yelled: More 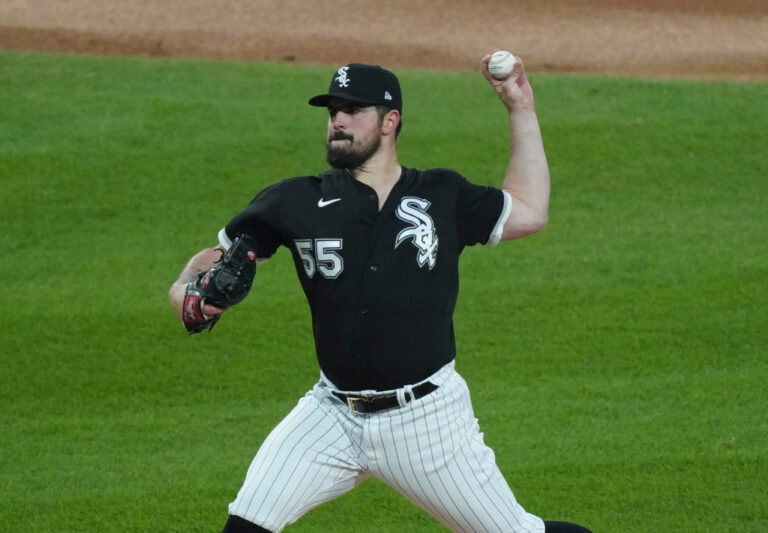 The shortest distance between two points is a straight line, which is why the long and winding road of Carlos Rodón ended Wednesday night with so much reward, relief and redemption. Rodón, the Chicago White Sox’ No. 5 starting pitcher, who barely made the team this year after the team had all but given up More 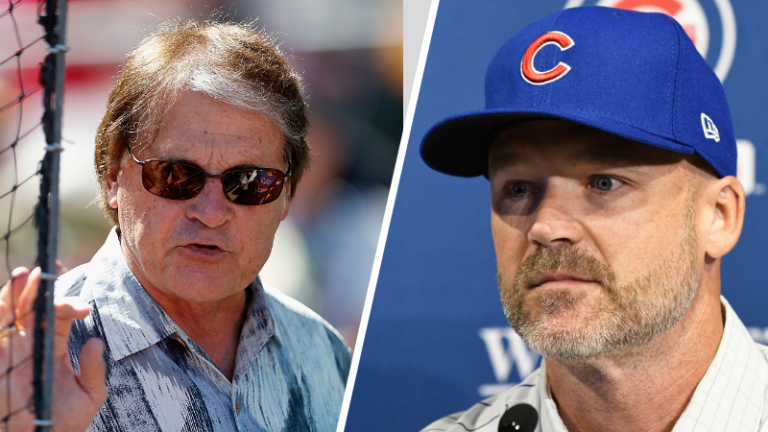 Couch: Don’t Worry, White Sox Will Be Fine. The Cubs, Not So Much

Two weeks into the baseball season, and the city of Chicago has already curled up into a ball on the floor somewhere, sucking its thumb. Two teams with 5-6 records, and to listen to fans, new White Sox manager Tony La Russa has lost his marbles and is napping in the dugout. And the Cubs? More 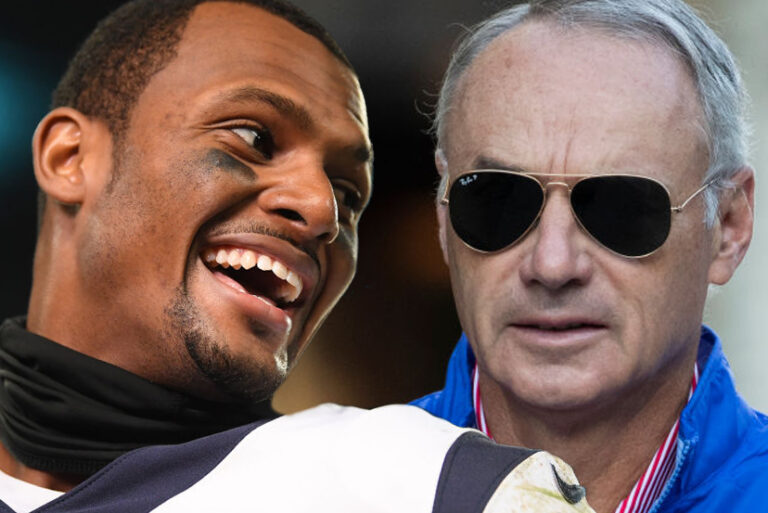 We need a reality check about corporate America’s decisions to distance itself from Deshaun Watson and also Major League Baseball’s moves against the state of Georgia. When Nike and other companies ended their endorsement deals with Watson, was that corporate America’s way of judging Watson guilty of being a sexual predator, guilty of sexually assaulting or harassing the 22 women who have accused him? Or was it a way of standing up for the women? No and no. It was neither of those. When MLB moved its All-Star Game from Atlanta to Denver, was that because MLB thought Georgia’s new voting laws were racist? No.  These aren’t decisions of social conscience or wokeness, or of right and wrong. Nike and MLB and others aren’t delving into the details so much as monitoring public opinion. They are looking at their bottom line and making business decisions, not social justice ones. That is, unless they think social justice sells. They are neither social leaders nor social followers. They are simply multi-billion dollar businesses doing what they are paid to do: make more money and protect what they have. There is nothing wrong with that. That’s the job. And the people making the […] 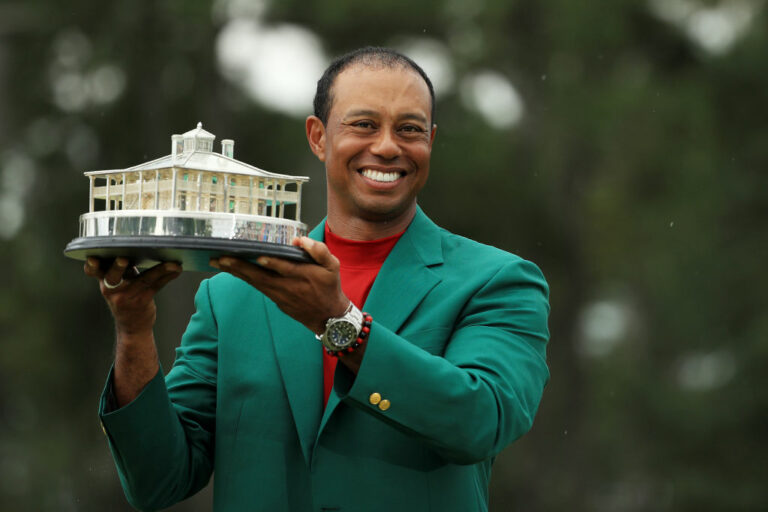 Couch: Without Tiger, The Masters Was Just A Golf Tournament, And Not A Very Good One

Let’s be honest about The Masters: It was terrible. The winner, Hideki Matsuyama, was way ahead Sunday but choking down the stretch, trying his best to give it away. And everyone following him said, roughly, “Uh, no. Not me. No thanks. I’ll just hit this next shot in the water so people will stop looking at me.’’ The headline should read: Matsuyama Doesn’t Lose Masters. Still, the golf media, the softest media this side of tennis, are desperately trying to promote their game instead of cover it or hold a mirror to it. They are talking about how Matsuyama made history, becoming the first Japanese man to win a major. It’s true, he did. And we all like firsts. But Japan is golf-crazy. Japan has a lot of money. Japan rewards its sports heroes beyond belief. And Japan is about to hold the Olympics. Is there some grand hurdle here, some systemic oppression to golfers that I’m missing? Well, I lied about one thing. The headline shouldn’t have been about Matsuyama at all. It should have been this: Golf Woefully Unprepared for Life After Tiger Woods. That really was what stood out from golf’s most important tournament. Woods has missed […] 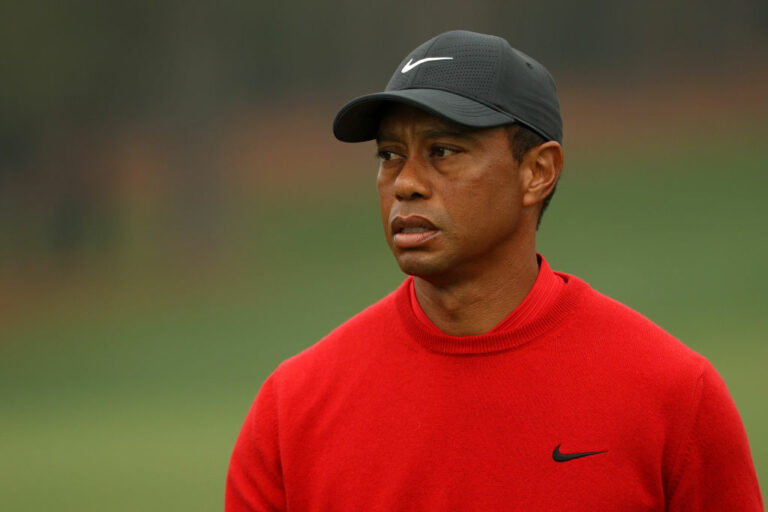 Couch: Police, Masters, Media Giving Tiger a Pass Is A Bad Look For Everyone

Tiger Woods was driving way too fast and went straight when the road turned. That’s it? That’s all we’re going to find out about his accident? That’s all the police are planning to tell us? Because we already knew that just by looking at the pictures of the heap that was once the SUV Woods had been driving 84-87 mph, pedal to the metal, in a 45 zone, hitting signs and trees and sending his vehicle into the air in a pirouette. And the networks covering the Masters are just going to pitch a story about how much everyone misses Woods during his recovery, as if some drunken driver had run him down while he was helping an old lady cross the street, carrying her groceries. Look, the coverup for Tiger Woods isn’t doing anyone any good. The police “report’’ came out just as the Masters started. So Woods is still dominating golf. No one wants cold reality to interfere with our annual description of Augusta National’s dogwoods and azaleas. Surely, ESPN and CBS are going to pitch a story about Woods that their advertisers want pitched. But I’m not comfortable with this BS narrative about Woods being a victim. […] 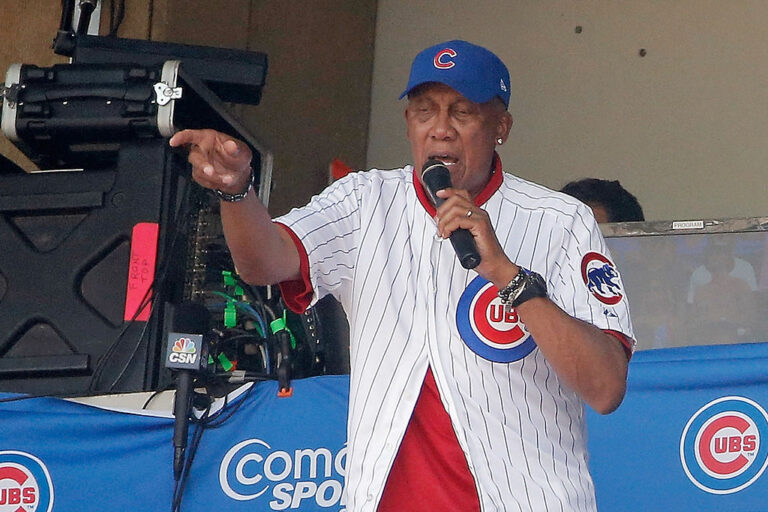 Couch: Enough With The Statues of ‘Lovable Loser’ 1969 Cubs, Already

Fergie Jenkins is a part of Chicago Cubs lore. He was awesome. I get it. Chicago loves him. I get that too.  So it did create a little buzz in town the other day when the Cubs announced that they’re going to build a statue to Jenkins and put it outside Wrigley Field with the More