The Girl Scouts of America congratulated Amy Coney Barrett on becoming the fifth woman seated on the Supreme Court. The problem? They did so online, where it’s forbidden.

After a bunch of miserable left-wing Twitter accounts expressed their outrage, the Girl Scouts bent the knee and deleted the tweet:

The Girl Scouts deleted their Tweet congratulating Amy Coney Barrett on becoming the fifth woman seated on the Supreme Court because the blue checkmark brigade was mad at them. pic.twitter.com/kQVmL9LFru

The Girl Scouts tried to justify the statement, claiming it was “partisan.”

Girl Scouts of the USA is a nonpolitical, nonpartisan organization. We are neither red nor blue, but Girl Scout GREEN. We are here to lift up girls and women.

Congratulating someone for being sworn into our Supreme Court is not even political — it’s patriotic. It will also be patriotic to congratulate President Donald Trump or Joe Biden next week. Of course, per Twitter rules, doing so to Trump is racist, partisan, and political. Congratulating Biden would just be the right thing to do. Setting a good example, right?

Also, why is supporting Hillary Clinton allowed but not Barrett?

Why is it so important to have female political #leadership in the United States? @HillaryClinton explains: http://t.co/YjQoUgbOF3

The Girl Scouts weren’t the only organization to publicly regret congratulating ACB. The Kappa Delta sorority, which Barrett was a member of, also issued an apology. They are sorry for “hurting” their sisters:

As always, if you bow to loud, pathetic Twitter users — you will lead an online life of fear. These people are awful, all of them.

Anyway, congratulations to Amy Coney Barrett on your appointment to the Supreme Court. 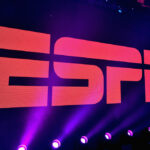 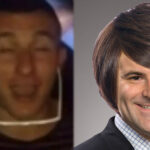