I know I wasn’t the only one who thought Arkansas would give Georgia a better test this past Saturday. But as they did through the other four weeks of the season, the Dawgs’ defense stepped up to the challenge and delivered. The more you think about how they’ve won over the past few weeks, the more you can appreciate how good this defense truly is. But there’s going to be a time this season when Georgia will need the offense to be better, especially through the air, and this weekend may be it.

It’s not every weekend that a team can pass for 72 yards and still win by 37 points, but that’s exactly how the Dawgs handled the Razorbacks. With a punishing front seven, 273 yards rushing and a special teams touchdown, the game plan worked out again for Georgia, who’s had to rely on Stetson Bennett at quarterback. But Kirby Smart says he still wants to see his defense improve in one key area:

“One thing is we can force turnovers. We didn’t force any turnovers, and that’s what elite defenses do. So, we were not elite in that category. The other thing is play tempo and continue to work on it.”

Kirby added: “We had some really, really bad tackling situations. Run after contact.”

Now, this is where the upcoming opponent can cause Georgia problems, especially with Bo Nix at quarterback. If you paid attention to the Auburn vs LSU game, you saw Nix take advantage of the Tigers’ poor tackling, which led to big plays down the field and ultimately the game-winning drive. This is something Kirby Smart brought up during his weekly press conference on Monday.

“His ability to extend plays is elite. The play he had last week is basically all you need to show for the scout report. To do what he did against a really good SEC defense with a lot of tremendous athletes on it, to avoid and escape, and keep your eyes downfield – it puts a lot of pressure on a defense to be able to cover people that long.”

Nix rushed for 74 yards and 1 TD, but his legs weren’t the only thing that put LSU in some bad situations. His arm did as well. The Auburn quarterback was 23-44 for 255 yards and 1 TD. If Georgia lets Bo Nix out of the pocket and make throws or plays with his feet, they could cause themselves big problems. Nix has had the opportunity to demonstrate both those abilities in two hostile road environments, and now he’ll get the chance to do it at home, against a ferocious Georgia defense.

There is still some uncertainty regarding the Georgia QB situation. Will Stetson Bennett start again, or will JT Daniels be healthy enough to get the start? Kirby says he hopes that Daniels can practice this week, but the main thing is his recovery.

“He’s doing everything but throwing, and then we will see how it goes day to day. The biggest thing is that he has to rest, recover, and try to heal.”

But there’s a problem with this situation. If Stetson Bennett is the quarterback, Auburn is going to throw every type of blitz Derek Mason can come up with to make Bennett uncomfortable. He’ll do the same to Daniels, if he plays. Mason, the former Vanderbilt HC, has beaten Georgia before with a good defensive scheme, so don’t look past him drawing up a game plan to force the Dawgs to throw the football. 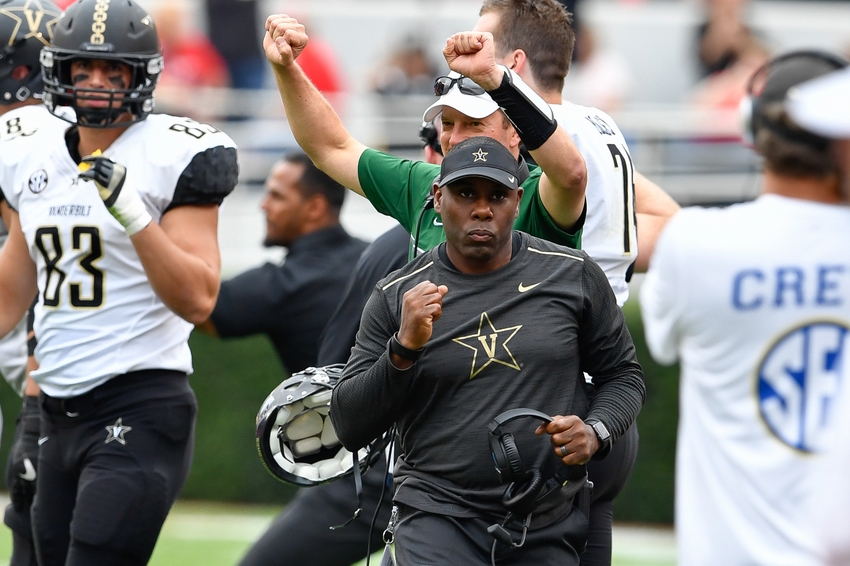 Auburn head coach Brian Harsin understands the challenges that await him from the Georgia defense:

“Yeah, their front seven is really good. Jordan Davis, Nakobe Dean, those guys are really good players. They’re physical up front. Everybody wants to try to run the football, and so you still want to be able to run it. You’ve got to be able to handle those guys up front. We’ve got to do a great job at O-line, tight ends being able to get up to those linebackers as well, so you can run it. So that just in itself is a challenge.”

How much pressure Georgia puts on Bo Nix and the Auburn rushing attack will likely decide this game. We know the Dawgs have the players to force Auburn into mistakes, but we’ve also seen Bo Nix get his offense out of trouble and make plays outside the pocket. This game has the feel of a battle that some don’t anticipate coming, but if Auburn can somehow put the Georgia defense in some uncomfortable situations, then the Tigers could take advantage.

The last time the Tigers defeated Georgia in Auburn was 2017, and they have the type of attitude needed to win a game like this again in 2021. I am not saying it will happen, but we’ve seen some crazy things happen in this rivalry, so you can count on some uncharacteristic things from both teams.

Nothing surprises me in college football anymore, but an Auburn win on Saturday, well, that would shock me — and just about everyone else. Which is just the way the Tigers want it.