Will anyone locked inside the NBA’s groupthink bubble react to the leaked bodycam footage of George Floyd’s arrest and tragic death?

The Daily Mail, a London-based newspaper, published the bodycam videos of two of the four former Minneapolis police officers charged with crimes in Floyd’s death.

The videos show police verbally and physically struggling to get Floyd to comply. Floyd appears panicked, disoriented, desperate and totally non-compliant. He complains that he can’t breathe while standing on two feet. He claims his mother just died and that he can’t sit in the back of the police car because he’s claustrophobic. He repeatedly begs the officers not to shoot him. He worms the upper part of his body out of the police car and asks to lay on the ground.

Early on during the encounter, long before the police restrain Floyd on his stomach, a female bystander shouts at Floyd to quit “resisting” and a male bystander pleads with Floyd that he can’t “win.”

At the beginning of the video, when Floyd is behind the wheel of the car he was driving, an officer draws and points his gun when Floyd initially refuses to show both of his hands. When Floyd complies, the officer holsters his weapon.

The behavior of the police officers seems appropriate and restrained given Floyd’s level of resistance and bizarre conduct. The footage reasonably explains how and why Floyd wound up on the ground with multiple officers restraining him.

The video does not justify officer Derek Chauvin kneeling on Floyd’s neck for nearly nine minutes. But it does offer context why Chauvin would be reluctant to believe Floyd’s “I can’t breathe” cries. Nearly every word out of Floyd’s mouth was a desperate lie.

Here are the takeaways from the footage:

Professional athletes elected themselves the National Internal Affairs Department for American police. The NBA’s Orlando bubble is the headquarters for the NIAD.

Will anyone ask NIAD spokesmen LeBron James, Steve Kerr, Gregg Popovich and Adam Silver for their thoughts on the leaked Floyd footage? Will one of the media information ministers locked inside the bubble be allowed to query James, Kerr, Pop or Silver on this topic? Will one of the woke warriors on Dan Le Batard’s radio show run a poll asking whether the leaked video footage is funny?

The NBA, the NFL and Major League Baseball chose to drape themselves in Black Lives Matter symbols and view all negative encounters between black people and white people as examples of white supremacy.

Moe (Silver), Larry (Goodell) and Curly (Manfred) have been played and used by anarchists and communists who are using opportunists to promote an American race war.

Their fear-driven leadership has turned America’s great unifier — sports — into a racial divider.

At some point, NFL and NBA ownership must realize they need leadership that is unafraid of their athlete employees. Kowtowing to LeBron’s social media following is a deadly mistake.

This is no longer a debate about declining TV ratings for pro sports leagues. That’s inconsequential. This is about the preservation of American freedom and ideals. The subversion of sports culture is directly tied to the subversion of American culture. Sports culture proved the strength of our melting pot, the power of a diverse meritocracy. Live sporting events shaped popular culture.

We don’t have a suitable replacement. Academia? Go look at the results produced by the white liberals in control of our academic institutions. You want to see white supremacy? Visit Yale, Harvard or any of their Ivy League brothers. Hollywood? Please. Every narrative arc for black characters is now fixated on police interaction and/or racism. The music industry? If you’re not covered in tattoos and willing to portray yourself as a ho, pimp, drug dealer and gangbanger, the music industry is highly reluctant to support you.

The actions of the above groups, along with the mainstream media, guarantee that the second wave of George Floyd riots are going to be more deadly and destructive than the first wave.

The second wave will come when Thomas Lane, J. Alexander Kueng, Tou Thao and Derek Chauvin are acquitted of all serious charges.

When those riots happen, the Three Stooges, LeBron James, Colin Kaepernick and all the other entitled millionaires will be locked in their gated bubbles watching poor people’s lives destroyed on CNN.

No one will ever question them about the roles they played in stirring the racial outrage. 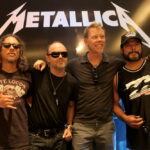 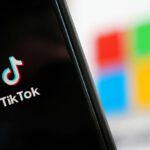