How bad was Bill O’Brien in Houston? He was 21-11 over the last two seasons coming into 2020. He lasted only four games (0-4) into the COVID era and swiftly got the axe. The Texans ownership group had no choice here. Bill was the GM and the head coach. Before Week 4, he took over more of the offensive play calling duties. The McNair family couldn’t fire themselves, so Bill had to step on up and accept his punishment.

Now how long does Adam Gase survive in New York? The Texans will be out hunting. The Falcons could be on the prowl real soon too. Add in Matt Patricia and GM Bob Quinn on a flaming hot seat, and these bad teams are going to be a dogfight for the next great coach and GM. Here’s something you’ll be hearing soon: the next Kevin Stefanski. That’ll be the hot name to which sports pundits will compare future hires.

The name to keep an eye on: Eric Bieniemy. Let the sweepstakes begin for Andy Reid’s offensive coordinator. Houston’s going to back up a truck piled high with cash. Now the question becomes, will any other team enter the race?

Pretty much what game days look like now 🏈 #MNF

I am so excited to partner with @hourglasscosmetics for their Eye to Eye campaign!! Vestry & I got to shoot with iconic photographer, @markseliger, at home via FaceTime for this very special campaign that helps protect animal rights around the world. Join us! All you have to do is post a photo of you and your favorite animal and tag @hourglasscosmetics and #HG_EyeToEye and Hourglass will donate $1 to the @nonhuman.rights.project for every post on Feed, Stories or Reels. 👱🏻‍♀️🐶

If the NFL had a zoom call to recap week 4 🏈@JoeyB has a whole new vibe. pic.twitter.com/hxFeyqnphr

Look who @ochocinco found out in the woods…😂 📺: Catch #NFLTheGrind Wednesday 9/8c on @epix

Gary Player started his own LinkedIn page and it includes all his career accomplishments 😍 pic.twitter.com/dmn8J6Ewnn

Me talking to the waitress at Red Lobster during endless shrimp https://t.co/Wv6fjspuJV

The great Bruno Sammartino would have turned 85 today. pic.twitter.com/9pueIztfsq

💥WILD VIDEO💥
Police say a Long Island Mother was arrested for driving drunk with her 3 children in the car when she crashed into a house in #Brentwood Luckily no one was in the home and the children were not hurt @News12LI #news12li #carcrash #LongIsland pic.twitter.com/CCOz4VPNN8

This was the middle of Golden Nugget block, built in ‘54, replaced with another casino in ‘63. Photos by #LoomisDean pic.twitter.com/qOQ8Grxqmj

This is incredible. A snowball fight filmed by cinema pioneers the Lumiere bros in France, 1896. It's been colourised and had the speed adjusted. pic.twitter.com/xnxwpFpN8K

A post shared by Baseball Card Vandals (@baseballcardvandals) on Oct 5, 2020 at 9:01am PDT 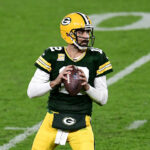 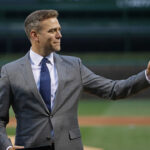