The Pac-12 released their football schedule this afternoon. Note that, like the SEC, it kicks off on September 26th: 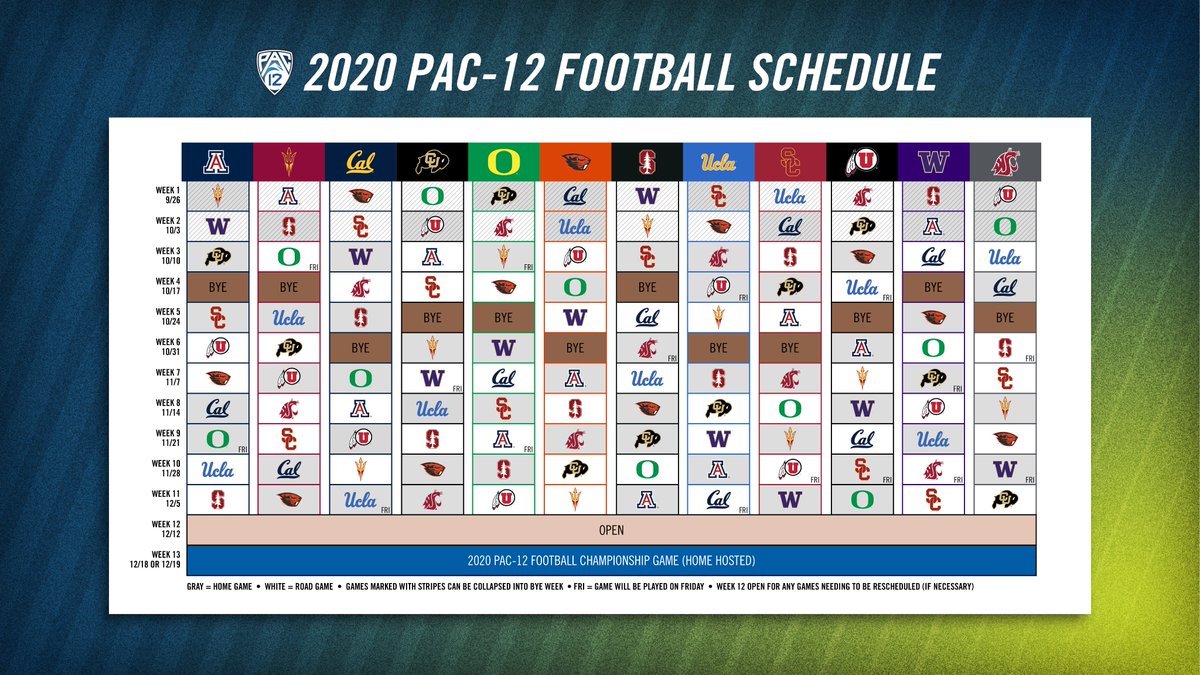 The other big news out of their release is that they are postponing their conference title game’s debut at the new Raiders stadium in Las Vegas from this season until 2021. This season, it will be held either on December 12th or December 19th at a university’s home stadium.