Fox Bet Live — formerly Lock It In — with Rachel Bonnetta, Cousin Sal, Todd Fuhrman, and Outkick founder Clay Travis returned to FS1 today at 4pm ET. Topics of discussion included Lou Williams (who went to an Atlanta strip club for chicken wings while excused from the NBA bubble for a funeral), how Jamal Adams impacts the Seahawks’ fortunes, and the impact of Cam Newton on the New England Patriots.

Why Cousin Sal believes you should still take the under on the Seahawks:

The Seahawks are going under their win total despite adding Jamal Adams.

Clay is fascinated by the implications of Cam Newton on the Patriots:

Cam Newton is either going to establish himself as a bona fide dominant force going forward, or his career is over.

Without Lou Williams, should bettors be worried about the Clippers (+175 to win the West)?

“I’m not sure I’m running to the window to try and back the Clippers just yet.” — @ToddFuhrman pic.twitter.com/SUSjkzUxlq 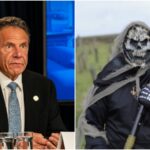 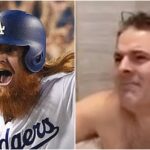