Robert Klemko of the Washington Post reported that Antonio Brown has been suspended for the first eight games of the 2020 season.

Spinning the news forward: that suspension makes him much easier to sign.

It has been theorized that his services went without need over the final stretch of the previous season due to the investigation into multiple situations — combined with the instability that he showed. Now, with the uncertainty of his availability behind him, and perhaps some blind eyes being turned to his behavior, Brown becomes a more attractive addition to a roster.

Also, a physical league that could become riddled with injuries will certainly present a team need at receiver somewhere.

A few teams stick out for AB’s services… so let’s take a look:

Packers
Green Bay was expected to give 36-year-old quarterback Aaron Rodgers some skill talent during the draft and did not. The team decided to spend a first round pick on his replacement instead. It also lost a receiver to opting out for Covid, even if said receiver was far from a lock to make the roster. Brown would be a perfect fit on a one year deal, allowing Rodgers to throw to both Davante Adams and AB84. The increased exposure could allow Brown and Rodgers to hit the road out of Green Bay at the same time.

Seahawks
Pete Carroll always finds a way to take risks for the short term. They took the risk on Josh Gordon, spent multiple first rounders on Jamal Adams, and can’t see why they stop now. Russ Wilson has been a vocal supporter of Brown in the past and wanted the team to sign him last year. Again, with the suspension behind him the pitch to management may be easier made.

Buccaneers
Tom Brady is on a revenge tour of his own, so why not welcome in another MVP candidate with a chip on his shoulder. Brady was a main reason why Brown landed in New England. He even said that he liked playing the short time with the enigmatic receiver. Rumors circulated that Brady requested the Bucs sign Brown as part of his recruitment. It is pretty clear though that Brown’s chances in Tampa seem to weigh on the decision of head coach Bruce Arians, who already denounced their interest.

Eagles
Philly was expected to make a splash during the NFL draft, but NFL insiders seem to think they wet the bed. Antonio Brown’s skill set would undoubtedly fill a team need and give Carson Wentz the weapon he needed for a playoff run. The Eagles look to be in a prime position to strike but can not continue to be reliant on the offense to run through Zach Ertz.

Plenty of other rosters could use AB — Colts, Bengals, Jaguars, Bears, really most every team could use him — but let’s not pretend he’s likely to stay out of trouble. The all-pro behaves predictably child-like with a troubled past NFL executives are forced to overlook if they are serious about this addition. Brown needs a true leader in the locker room and on the field more like Tom Brady and less like Ben Roethlisberger to keep him in check.

Without structure, Brown’s presence will be nothing more than a publicity stunt during the hard times of a pandemic. 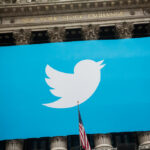 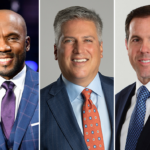