We’ve discussed the tension between Tom Brady and Bruce Arians for a couple of months, but it’s really ratcheted up this week after Brady laid an egg in primetime against the Rams Monday night.

The latest soundbite comes courtesy of Rob Ninkovich, who played with Brady in New England from 2009 through 2016. Ninkovich said on ESPN this morning that Brady needs a new head coach because Arians “isn’t cutting it”:

What this really amounts to is that Arians’ deal with the devil has now come due. By virtue of being the greatest quarterback of all time, Brady had leverage when he joined the Bucs. They reshaped their offensive personnel to include players he wants, like Rob Gronkowski and Antonio Brown. Arians wants to air it out. Brady wants to dink and dunk because he physically does not have the same deep ball he once had.

But let’s also not act like the sky is falling. The Bucs, at 7-4, already have as many wins as they did last year when they went 7-9 with Jameis Winston. As annoyed as Arians may be by Brady’s performance in losses and how the world reacts when Arians calls him out for it, the deal he made has been worth it. 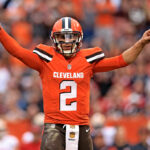 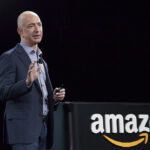