Kemah Siverand, the former rookie cornerback on the Seattle Seahawks who was released from the team after he was captured on surveillance sneaking a woman into the team hotel (dressed in Seahawks gear so as to disguise her as a player), has apologized for the incident. 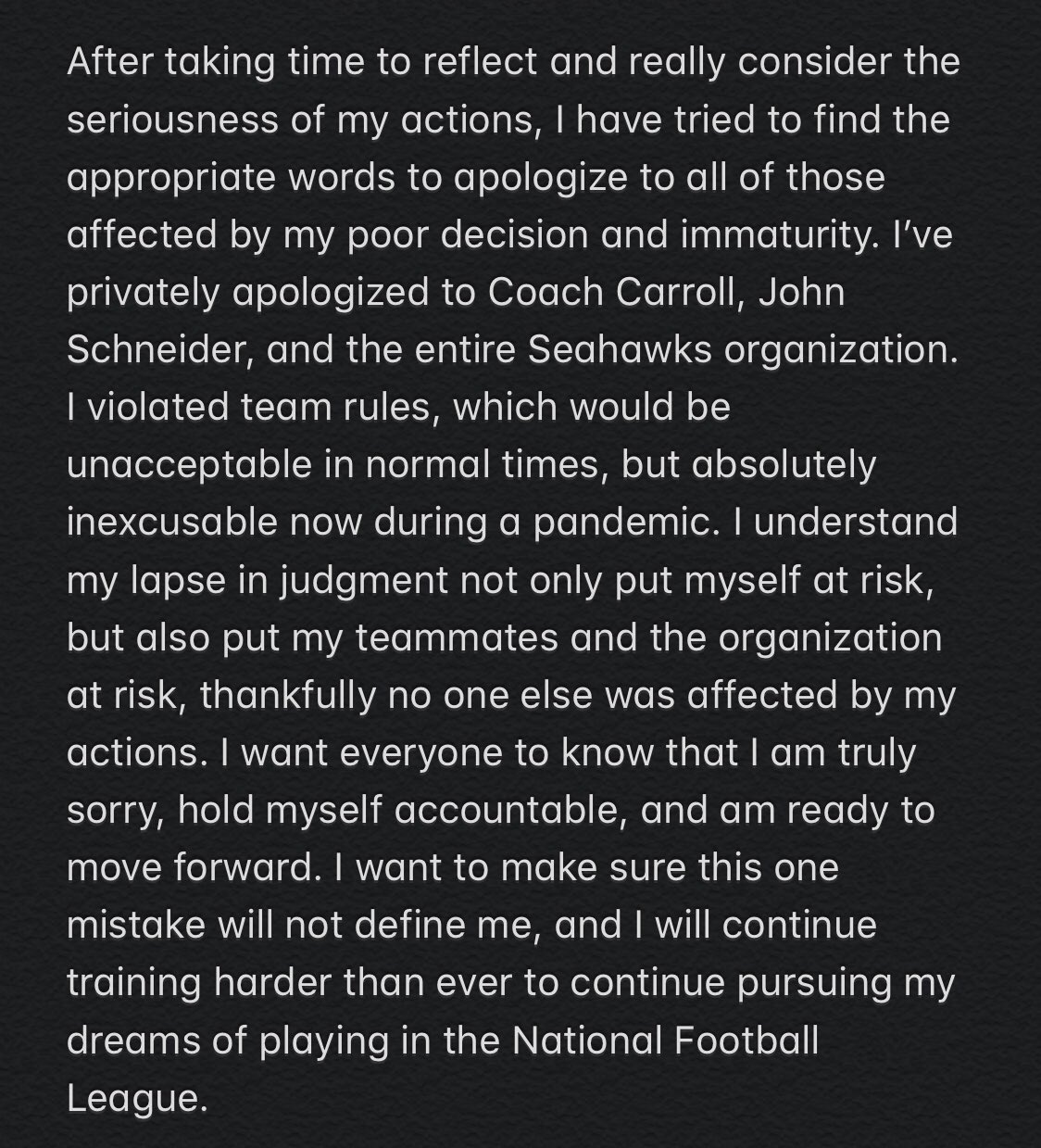 Look, this was a dumb incident from Siverand and the internet had a lot of fun with it. However, it shouldn’t be a death sentence for his career, and if he’s talented to make another NFL roster I hope he gets a second shot at professional football.