NASCAR ditched Kentucky Speedway a few years ago, but the now abandoned race track is still getting plenty of use.

Not from stock cars, though.

Due to sky-high inflation, supply issues and labor shortages, Ford is currently having to store thousands of new trucks at the 1.5-mile speedway until they are ready to be sent off to dealerships around the country.

Earlier this week, Ford announced up to 45,000 vehicles would be held in its inventory this quarter until they receive essential parts – mainly chips.

In a press release, the company also acknowledged that inflation-related supplier costs are now trending $1 billion higher than originally projected.

“The supply shortages will result in a higher-than-planned number of ‘vehicles on wheels’ built but remaining in Ford’s inventory awaiting needed parts, at the end of the third quarter,” the release added. “The company believes that those vehicles – an anticipated 40,000 to 45,000 of them, largely high-margin trucks and SUVs – will be completed and sold to dealers during the fourth quarter.” 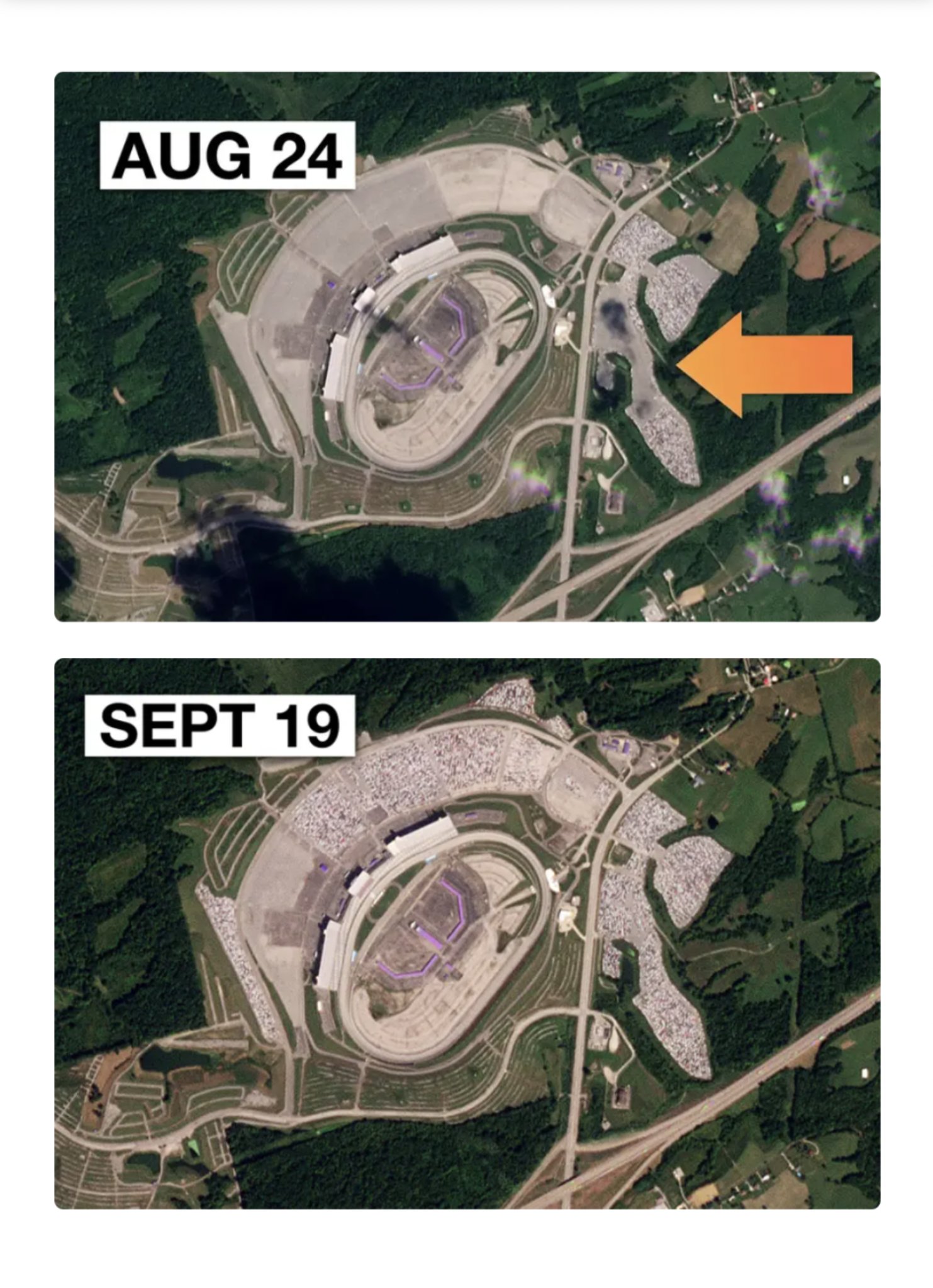 Back to Kentucky Speedway, which NASCAR left back in 2020.

Apparently, Ford began storing trucks there last year. A recent aerial view, however, shows just how crammed the Speedway – and it’s remaining lots – are getting with brand new Super Dutys.

Kentucky Speedway, for reference, is less than two hours from the Louisville assembly plant. That plant is the primary place where Ford’s trucks are built.

I mean, holy cow. It even looks like we have trucks in the grandstands!

What a scene, and it’s been going on for over a year now.

Wild stuff. We need some chips in the damn US of A, and we need ’em NOW!