Matt Youmans walked through the glass doors of the Westgate casino Saturday morning, glanced toward the sports book and halted his stride.

“I couldn’t believe it,” Youmans, a Las Vegas-based gambling expert, said. “I was in shock.”

It was just before 10 a.m. and amusement-park style lines snaked throughout the main floor. From the betting window to the back of the casino, near the deli, people stared up at the electronic board in a trance, studying the lines and odds as they waited to place a wager during the first college football Saturday of the COVID era.

“There were mobs of people,” Youmans said. “It was as packed as it could be—and the numbers were double on Sunday for the NFL. The vibe was great. It was something everyone needed.”

Especially in Las Vegas, where you can no longer dance to Tiesto at Hakkasan or make it rain (or hail) at the Spearmint Rhino or Sapphire. All of Vegas’ nightclubs and many of its bars are closed. Most pools and day clubs are open, but have fun wearing a mask in the 105-degree heat.

That’s why the first weekend of college and NFL football was so important. For 48 hours, at least, a sense of normalcy returned to casinos throughout Sin City.

Youmans said he also saw huge crowds at Mirage, South Point and Red Rock. Kelly Stewart, a Las Vegas resident who covers gambling for Bleacher Report, said she was floored by the crowds at Caesar’s Palace.

“It was wall-to-wall people,” Stewart said. “They can separate the seats all they want, but when there’s 400 people standing around, what can they really do? It was absolutely crazy — and of course it’s crazy. It’s Vegas. It’s football season.

“There are a bunch of people who don’t have jobs and they’re waiting for things to re-open and they have an influx of money from the stimulus packages. What do you think they’re going to do? People are tired of being home. We’ve been home for six months. People are spending money. They’re ready to have fun again.”

Youmans, who hosts a radio show on the Vegas Stats & Information Network (VSiN), said his Vegas sources told him the “handle” (the total amount wagered at every casino) was just as high last weekend—and perhaps slightly higher—than it was for opening weekend in 2019.

“The betting is through the roof,” Youmans said.

He said security guards at all casinos are making a strong effort to enforce their policy of wearing face coverings, adding that most patrons are adhering to the rule without being asked. It’s an awkward site, he said, to see a group of sports fans in a crowded into a VIP booth, adjust their masks between bites of a hot dog or swigs of beer.

“People are trying to keep their distance,” Youmans said, “but let’s face it. You’ve got people crowding into Wal-Marts and restaurants. Why should the casino be any different?”

While COVID-19 may not have damaged the sports betting industry, it’s definitely altered the routine for many when it comes to placing wagers.

Chris Thurston, an avid sports bettor who lives in Boston, said many of his football bets in the past were made almost immediately after the college football and NFL lines were released Sunday evening or Monday morning.

But with the possibility of key players testing positive for COVID during the middle or latter portions of the week—and thus being ruled out for the game—Thurston will now wait until Thursday or Friday to pick a side.

“It’s going to be tougher than ever to get a feel for teams,” he said, “because so many things could change from week-to-week.”

Youmans agrees, adding that home-field advantage has also become less important with zero or few fans in the stands.

“Everything is more of a mystery,” he said. “You’re not sure every week who is going to be playing. I used to place 50 percent of my bets when the lines opened Sunday, Monday and Tuesday. Right now I’m not making any bets early in the week. Sometimes the information you get is going to be good and valuable and you’re going to make money. And sometimes you’re going to get screwed.”

Thurston said betting opening-week games was particularly difficult. With teams being forced to cancel spring mini-camp and many key players opting out for the season, it’s tough to predict how cohesive teams will be early in the season.

“It was one of those weeks where I didn’t go crazy,” he said. “It probably won’t be until week six or seven that I really dive in and start making bigger bets.”

Stewart said there are more factors than ever to consider when wagering on football.

“The teams that have been together for a few years and have that chemistry and cohesion have a huge advantage right now,” she said. “We’re seeing it with the Saints, the Bills, the Steelers. The Chiefs have been a complete team for a couple of years now. They haven’t been hurt by the lack of mini-camp, the lack of practices.

“When you have your quarterback, your head coach and a couple of key receivers and defensive players that have been together for a long time, your team can withstand some of the setbacks that may have be caused by COVID.”

Stewart, Youmans and Thurston will continue to study them all and place their wagers — just like the thousands of other eager gamblers who will flock to Sin City sports books throughout the rest of the season, cheering and cursing their teams.

Under their masks, of course.

“Our city is not great right now, by any means,” Stewart said. “But it’s shocking to see how many people are booking a $100 room at the Wynn and saying, ‘Screw this, I’m going to Vegas.’”

Jason King is the newest addition to the Outkick team. Read more about him here.
Outkick has partnered with FanDuel.com for DFS and SportsBook, go sign up. 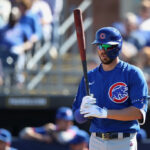 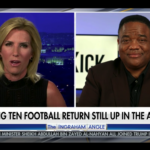