“There were two males that were arguing outside the barbershop here over who ran a race faster,” said Houston Police Department Assistant Chief Wendy Baimbridge told Houston TV station KTRK during a press conference. “So at that point, one of the victims started walking away from the argument. The suspect then shot him twice in the shoulder.”

And this one gets better, minus people being shot. We’re talking about two guys in their 40s arguing over who won the race. Yes, IN THEIR 40s! As a guy in his 40s, the only arguments I see these days are over which guy has the best bourbon collection. 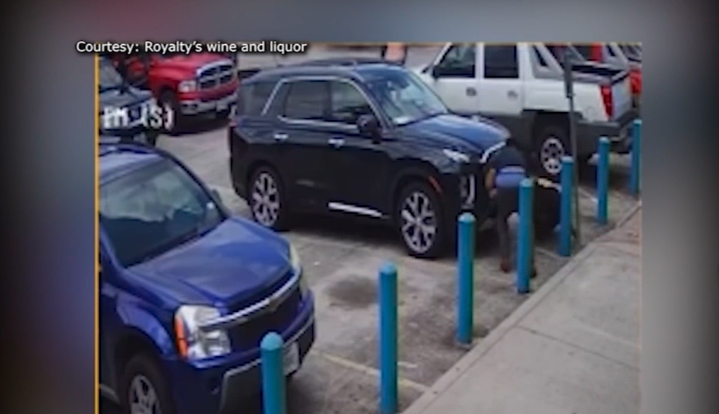 LOOK AT MY BOURBON COLLECTION. LOOK AT THIS BOURBON BAR I BUILT, BRO. HERE’S WHAT I SPENT MY WEEKEND DOING (organizing bourbon in alphabetical order).

HEY BRAD, WE DOING GIVE A S#*T ABOUT YOUR BOURBON COLLECTION.

WELL F*&K YOU, KEITH. GUESS YOU’RE NOT COMING OVER FOR THE FANTASY DRAFT. I JUST KICKED YOU OUT OF THE LEAGUE…LOLOLOL…HAHAHAHA…TELL JULIE SHE’S ALLOWED OVER

Cops say one of the Houston foot race guys shot his competitor and two customers who just happened to be exiting the barbershop as the gunman started blasting caps. All they know is that the shooter goes by Trae and is in a Nissan Frontier.

Now, the best way to settle this debate is for the foot-race guy who got shot to be allowed to shoot his competitor in the same spot. Then we get these two out on the Houston Cougars track with Olympic timing devices. They settle it in a 100-yard dash. I’ll even allow a best-out-of-3 scenario to make this showdown a content machine.

Turn yourself in, Trae. Let’s make this happen.